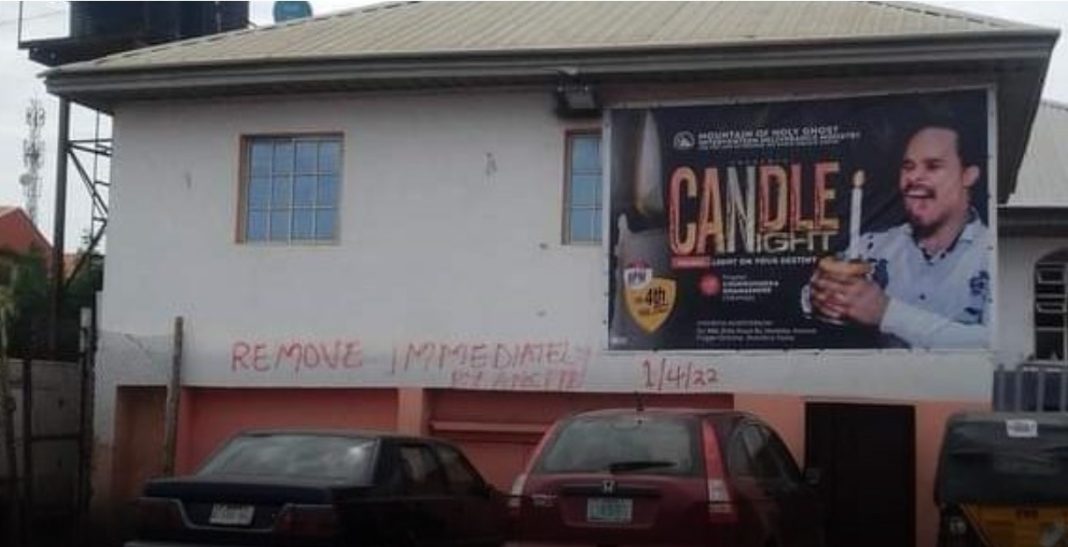 The building was initially marked for demolition for going against the master plan of Onitsha Mega City, this building is located in the fegge axis of Onitsha.

Prof Chukwuma Soludo, Anambra State governor had visited Okpoko, a sprawling slum in Onitsha, a day after his swearing-in, and pledged to sanitize the area by ensuring that drainages are free.

During Thursday’s demolition exercise, sources said Odumeje had attempted to stop the officials of the state government from demolishing his church when he was manhandled by security men who accompanied the demolition team.

A video trending online showed the comic cleric being shoved around by security men, including police officers and men of the vigilante service.

He was severally slapped, and restricted from moving to the demolition area by armed security men.

The video, has, however, sparked mixed reactions among Nigerians on social media, with many condemning the treatment of the cleric, saying it was unfair to manhandle him.

Some other commentators said the treatment served him right as he had himself severally invaded shrines that were considered sacred and known to be places of worship for others and destroyed it.

See the video below;

BREAKING:
Governor Soludo of APGA Party demolish Prophet Odumeje's church in Onitsha. The Indabosky beaten up and bundled out of the premises pic.twitter.com/CF3hygOSBH