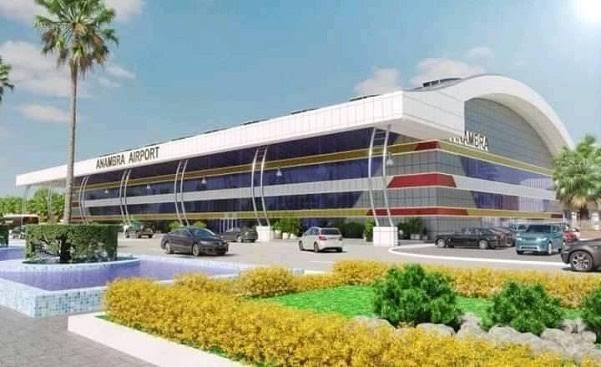 Commercial flight activities have commenced at the Anambra International passenger and cargo airport with the travellers undergoing checks at the Air Peace stand inside the terminal of the airport.

Checking in of the passengers en route Abuja commenced at exactly eleven O’ clock in the morning mainly those who booked online.

The airport was a beehive of activities as many were seen either waiting to be checked before they can board, others came to welcome their family members who will come in from Abuja and Lagos respectively.

Notable among them were the member representing Njikoka two constituency in the Anambra state House of Assembly, Honourable Pete Ibida, the Vice Chancellor Chukwuemeka Odumegwu Ojukwu University , Professor Greg Nwakoby, a former Head of Service in the State Sir Chidi Ezeoke among many others.

Speaking to the ABS, Honorable Ibida described Governor Willie Obiano as an enigma, one who saw the future and someone who has maintained his track even when pushed to fall, even as he expressed happiness that he is among the pioneer passengers that journeyed through the airport.

The Commissioner for Works Engineer Marcel Ifejiofor noted that Anamnbra will record a boost in business activities saying that by the airport being operational, revenue generation of the state will receive a boost aside the over one thousand jobs it created.

The Vice Chancellor COOU, Professor Nwakoby and Sir Chidi Ezeoke who also spoke to the ABS said that the airport is the best parting gift Ndi Anambra received from Governor Obiano which he achieved in less than two years, adding that it took them less than twenty five minutes to arrive at the airport instead of having to spend hours on the road to either Enugu or Asaba airports.

Others, Engineer Emeka Okoye, Managing Director Anambra State Road Maintainance Agency and Mr Chiejine Obieze, Senior Special Assistant to the Governor on Security ,expressed delight that they can now travel with ease , saying that in addition, the airport will ease the stress business people in Anambra go through whenever they import goods since the cargo airport will take care of all the hardships they face on the road in transporting their good to Anambra.