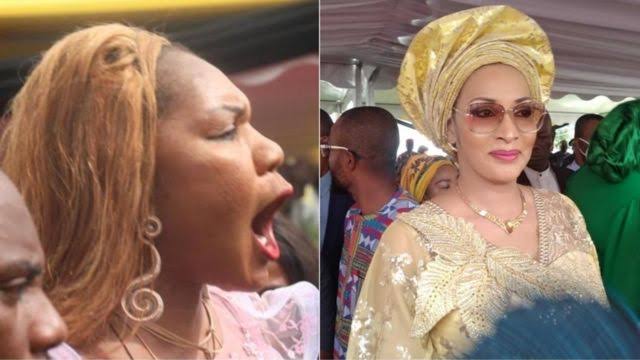 A new and clearer video has surfaced on the internet showing moments the widow of Odumegwu Ojukwu, Bianca, slapped the former first lady of Anambra State, Ebelechukwu Obiano, at the inauguration of Prof. Charles Soludo.

In a new video, the former first lady is seen walking toward Bianca who was seated, during the ceremony.

On getting to where Bianca was, she pushed her on the forehead calling her names. Bianca who was not pleased stood up and slapped her. Shortly after, people came to separate them and took Ebele back to her seat.

Ebele is currently contesting a senatorial seat in the forthcoming election.

Soludo: All Gunmen Caught in Anambra are Igbo