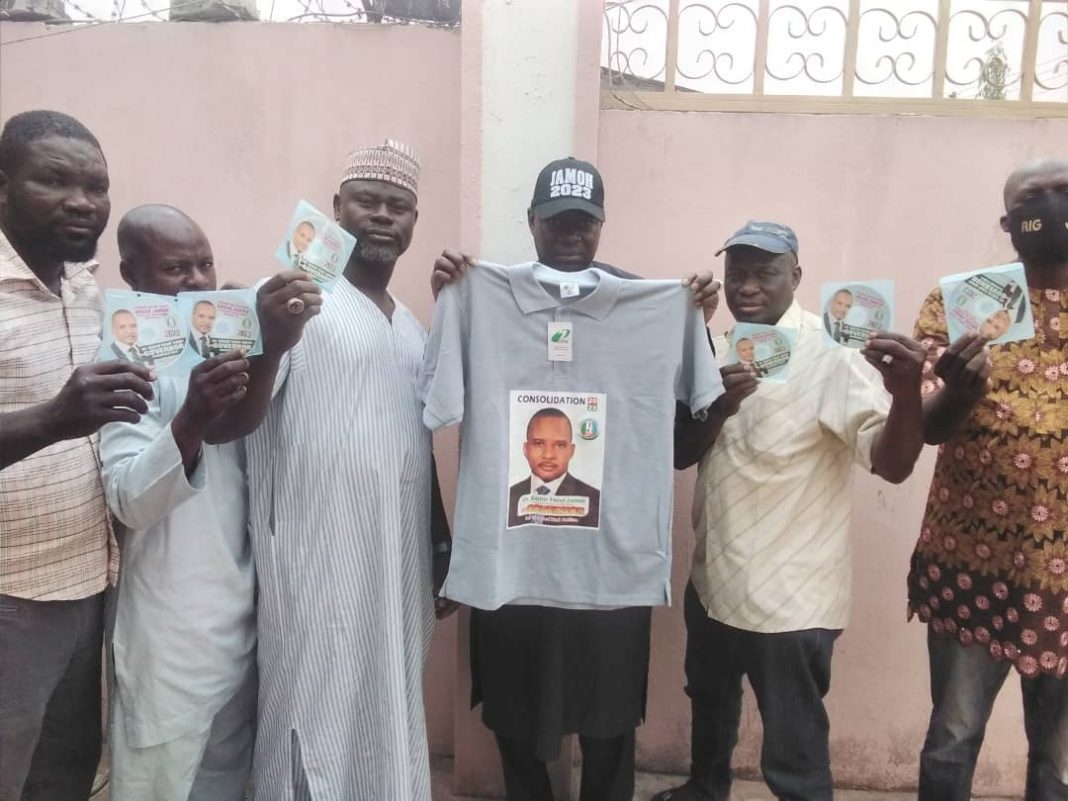 As declaration of intentions for the number one seat in Kaduna state begins, a group under the auspices of Yoruba Youth Support Group for Jamoh, has launched campaign materials for Bashir Jamoh, the NIMASA DG in Kaduna state.

During the launching of the campaign materials, the group also urged Jamoh to declare his intention.

Speaking to newsmen shortly after the launch of the materials in Kaduna on Thursday, the Co-ordinator of the group, Hon. Rasheed Adekeye disclosed that his group has already started House-to-House consultation for Jamoh.

“The awareness is ongoing to sensitize people across the state about the reason why Jamoh deserved to be the next Governor of Kaduna state come 2023. Kaduna state deserves a good leader that is passionate about the welfare and wellbeing of the people. Jamoh, being the NIMASA DG, has been tested, and we believe that with his vast experience in the private and public service, Jamoh is the best candidate for now amongst other aspirants.”

“We are calling on Dr. Bashir Jamoh, to as a matter of urgency put himself forward and declare his intention for the 2023 gubernatorial race in Kaduna. Kaduna people need somebody that can consolidate on the giant strides of Gov. Nasir El-rufai in the state,” Adeyeke explained.

The campaign materials launched by the group for Bashir Jamoh include Caps, T-shirt, Video and Audio CDs.