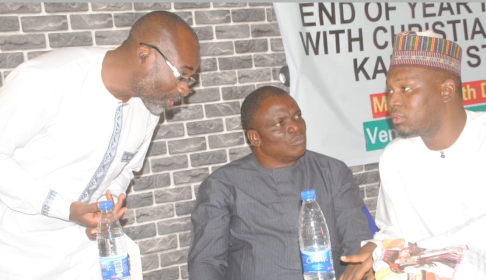 Nigerian politicians have been called upon to ensuring and maintain decorum as the nation approaches the 2023 general elections.

The call for decorum was coming from the Pastors United for Change Association during her end of the year interactive meeting with Christian stakeholders and Kaduna government in Kaduna on Monday.

The President of the Association, Apostle David Adeniran, while speaking to the newsmen at the function, explained that politicians must be aware that election is not about violence.

He enjoined politicians to maintain decorum and promote peaceful coexistence amongst Nigerians, just as he also said that the religious leaders must preach message of tolerance, unity and peace, and not to misinform their congregations at any level.

When asked about what informed the decision to organised the end of the year interactive meeting, Adeniran explained further that” the meeting was organised to keep public abreast of some of the government’s policies. Many at times, people were misinformed about the policies of the government, and ignorance was said to be dangerous, and this being the reason why the meeting was organized.”

While speaking, the Senator representing Kaduna Central, Senator Uba Sani, who was represented by his aide on interfaith, Hamza Muhammed, applauded the organiser of the event for bringing stakeholders together in the interest of the state and the country at large.

A member representing Kaduna South at the National Assembly, Hon. Mukthar Ahmed Monrovia, who was also represented at the event said that the leadership of Gov. Nasir El-Rufai has done excellently well by transforming the state into an enviable position.

The lawmaker who was represented by his aide, Samuel Yohana urged the people of Kaduna state to key into the transformation agenda of the Governor.