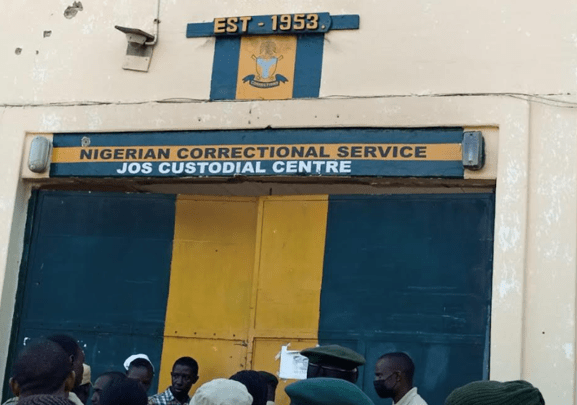 Officials of the Jos correctional centre have said 252 inmates escaped from the Jos prisons during the Sunday attack on its facility.

Controller of the (correctional) Center in Jos Mr. Samuel Aguda made this known in a Press conference in his office on Monday.

The Jos (Correctional) controller revealed that the attackers of the prisons were Fulani cattle rustlers from Barkinladi local government area of Plateau state.

Aguda said 12 inmates who had escaped have been re-arrested by security agents. The correctional center boss informed that eleven persons were killed during the incident including one of the attackers.

He expressed sadness that a staff of the Jos Correctional Center was among those shot dead by the attackers.