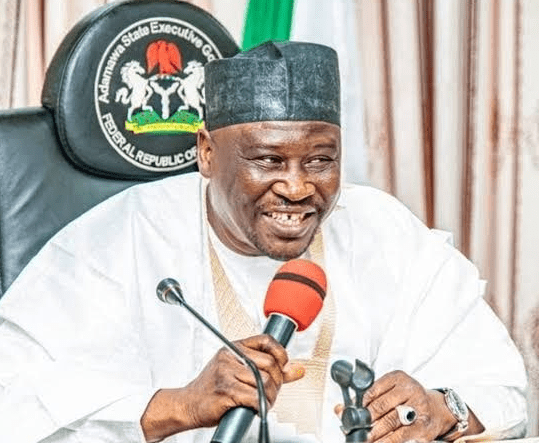 Editorhttps://moneycentral.com.ng
Adamawa State civil servants have expressed happiness over the implementation of N32,000 minimum wage by the Governor Rt Hon Ahmadu Umaru Fintiri.
Making the disclosure to mark activities at this year’s workers day, Saturday, the chairman of Nigeria Labour Congress (NLC), Adamawa State chapter, Comrade Emmanuel Fashe said the gesture made Adamawa civil servants to be earning higher wages than Federal Government workers and even oil producing states.
” We are particularly grateful to his excellency for giving and sustaining a minimum wage of N32,000 in the state which is above federal government minimum wage of N30,000 and even oil producing states.
”Before the advent of this administration, workers of Adamawa State were certain on when salaries will be paid, Leave Transport Grant (LTG) became a story tale while promotions and yearly increment were forgotten.
”But today, to the glory of God Almighty, all these ugly situations are being phased out; payment of salaries has a timeline and certainty now.
”Only recently, his excellency graciously directed offices of HoS and Accountant General to compute and commence the implementation of payment of the yearly increment to civil servants in the state,” Fashe said.
Commenting in the occasion, governor Ahmadu Umaru Fintiri said his administration has since its inception placed great premium on the civil service through payment of the highest minimum wage.
He said his administration is championing an egalitarian civil service whose commanding principle is merit and fair play promising to restore the dignity and lost glory of the civil service in the state.
Share
Facebook
Twitter
Pinterest
WhatsApp
Previous articleBUA, Lummus Technology sign contract to construct 285,000tpa Polypropylene unit at BUA Refinery & Petrochemicals Project
Next articleDangote Cement to Pay N40.39 bn in Corporate Tax
- Advertisement -