Benue Speaker Tasks MUTUK to Voice Out Against Killings 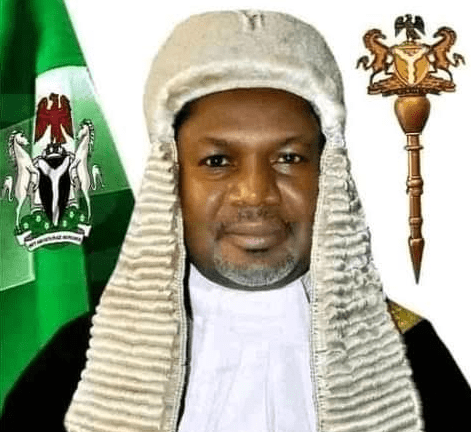 Editorhttps://moneycentral.com.ng
The Speaker of the Benue state House of Assembly, Hon. Titus Uba has challenged the Tiv Socio-cultural organisation – the Mzough – u – Tiv in the United Kingdom (MUTUK) to raise up their voices and save the Tiv land and entire Benue community from total cleansing and possible takeover of their ancestral land from marauding Herdsmen.
Honorable Uba threw the challenge while delivering a speech at the September, 2021 Conference of the Mzough – u -Tiv in the United Kingdom held in Dagenham, London last weekend.
He pointed out that there is a deliberate attempt by some enemies to re-write the history of Benue State by reducing it to a poor beggarly condition through the activities of marauding Fulani herdsmen who keep attacking Benue people from the borders of Nasarawa and Taraba States while the federal government keep looking the other way as if Benue citizens are not Nigerians.
The speaker stressed the need for the Mzough – u – Tiv to rise and save their land and people from this group of marauders, saying their voice can always be impactful on sundry matters affecting the state.
The Kyan representative underscored the importance of River Benue to the economy of the state  and appealed to the Mzough – u – Tiv in the diaspora to set all her machineries in motion to prevail on her contacts with various International Organizations and the Federal Republic of Nigeria to dredge River Benue as soon as time permits since it’s shallowness has made Makurdi prone to incessant flooding.
A statement signed by his Chief Press Secretary, Mr. Wuese Orshi coats the Speaker as saying, the privatisation of Moribund enterprises by the state government, is meant to streamline the cost of governance and urged the people to take advantage of this window of opportunity as individuals or corporate bodies to buy into the privatization policy.
“The State Government is reviving the non – functional industries. The industries, if revived, would generate employment for our teeming youths and also boast the Internally Generated Revenue of the State”.
The Speaker who extended the warm felicitations of governor  Samuel Ortom to the people, therefore, expressed profound excitement for the privilege to attend this year’s MUTUK event.
The statement said, honorable Uba also intimated MUTUK members of his 2023 gubernatorial ambition, noting that he is looking forward to getting their various inputs on  how they will together consolidate on the gains of the present administration of governor Samuel Orton if elected at the general election.
- Advertisement -
Share
Facebook
Twitter
Pinterest
WhatsApp
Previous article
Borno: Zulum Suspends Ramat Poly’s Entire Management After Surprise Visit to Alma Mater
Next article
Breaking : Emefiele Gets Dollar Firepower as Nigeria Sells $4bn of Eurobonds
- Advertisement -