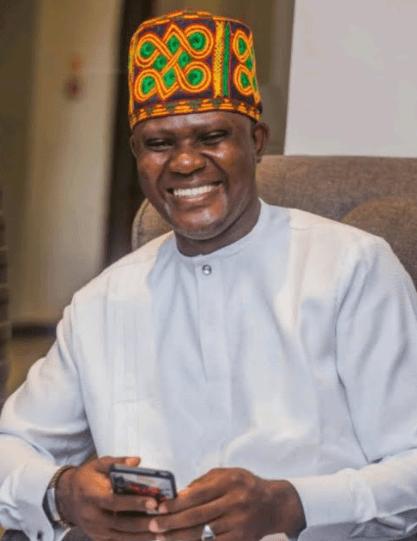 Editorhttps://moneycentral.com.ng
Prince Adelaja Adeoye is an estate developer and the immediate past National Publicity Secretary of the Action Democratic party ADP, in this  exclusive interview with our Northern Bureau chief, Nathaniel Gbaoron, the PDP chieftain sees restructuring of Nigeria as the only way to stop the injustice being perpetrated in the Country.
What do you have to say about the State of the Nation today and how can Nigeria overcome current challenges?

The state of the nation today is not what we all wish for because, it seems things are getting worse day by day. For example, when President Buhari was coming on board in 2015, alot of Nigerians believed that because he was a Major General in the Nigerian Army, he should be able to tackle the issue of Insecurity headlong, but opposite is the case as at today. Nigerians are not happy with what is going on.
On the side of the economy, Nigeria has experienced inflation and hyper inflation more than twice since Buhari became the  President, and the economic  team seems to be short of ideas on how to get things going for good. In my own opinion, the problem of Nigeria is purely leadership, because we have both the human and mineral resources to turn things around.
Look at Nigerians abroad, many of them trained in our country before running overseas to look for greener pastures, once they get there, you see them begin to do well, just simply because many of those countries have organized institutions, and great economy, and their leaders are not above the law, unlike Nigeria where a President is always seeing himself above the law, with several media aides to defend them. For Nigeria to overcome many of these challenges, we must begin to look at how to correct our system of choosing leaders into public service and government.
What solutions would the PDP offer Nigerians different from what we have today?

Let me take you back to pre 2015,when Goodluck Jonathan, a President under PDP was in the saddle of things. Nigeria’s economy was  the biggest in Africa, and one of the fastest growing in the world, according to CNN data at that time. This was possible because we had a President who was up and doing, who was agile and assembled team of technocrats, like the current DG World Trade Center, Dr. Okonjo Iweala, President of African Development Bank, Adesina, and host of others. They were able to return and take the country on the path of development. At that time, the rate of youth unemployment was drastically on the decline, with the You Win Programme. These were fantastic programmes people had thought this government would continue but they replaced it with a beggerly programme called Trader Moni and some others that have not made an impact on youth and development. For PDP, if they come back to power, these types of ideas will be introduced to stimulate the economy for development.
Lagos has been ruled by one party since 1999. How has this affected the development of the state?

Lagos has been under the grip of one party led by Senator Bola Ahmed Tinubu, but I can tell you that Lagos is very undeserved, as its full potential is not maximally utilized. We wish that Lagos becomes a true Mega City of our dream, where it will be more organized with creativity in its economic development, tourism, education, town and urbanization, away from its current glorified slum. Lagos has potential of serving the entire country if well administered, but in the hand of one party, Lagosians can’t know what they are missing until another party takes over. I know, it will happen soon, but how it will happen I don’t know.
Is the PDP optimistic of taking power in the centre or Lagos  State anytime soon?

PDP is working hard to stage a comeback, because from all indications, the party is not made for being an opposition, but to be a ruling party. The party will come  together and return to power. I can tell you that Nigerians are tired of the APC, and all the propaganda and lies they used in clinging to power have expired, they have nothing to show for the two terms they have spent. In fact, Nigerians are regretting allowing them to be used against the PDP government in 2015.
As a Real Estate developer how does Nigeria bridge its estimated 17 million housing shortfall?

Housing deficits in Nigeria can be closed by the government and private investment partnership on Affordable mass development. In the past, people made mistakes when we were talking about affordable housing, apart from being affordable, it must also be decent housing, which will allow people to live like normal human beings and not be clustered together like barracks. As you know, several housing developments are going on in Lagos, Ibadan, Abuja, Port Harcourt etc. For South West, massive housing development is currently ongoing in Oyo State, in fact I am one of the developers in Lagos and Oyo State under our company, Fendini Homes, working to contribute to closing the gap of housing deficit with our well laid out Rayfield Gardens City, Ibadan, which is the combination of commercial and residential properties, I can tell you this is first of its kind in Oyo State.
Obasanjo was considered one of the most effective Presidents since the return of democracy due to numerous reforms he enacted. What reforms will the PDP be pursuing if they get back to power?
One of the immediate reforms when PDP gets back to power is National Unity, Nigeria of today is badly divided along ethno-religious lines. For Nigeria to move forward one inch, we must first of all find ways to return that National Cohesion, which will place us on Nationahood. Then, we can begin a serious economy revamping. Once we are able to tackle the issues of unemployment, restiveness, Insecurity and other issues like implementing Federal Character in appointments and others, the peace that has eluded us will begin to return.
What are your thoughts on restructuring Nigeria?
In 2014, Former President Goodluck Jonathan convened a National Confab, aimed at solving our problems, a report was produced, which ought to have been implemented by President Buhari, but he jettisoned it. People are agitating for restructuring because of the unfairness in the way leaders from a section of the country are  advantaged over others. For peace, unity, equity and justice to return, the country must be restructured, so that everyone will have a sense of belonging, and this will help reduce the restiveness and political turmoil that always take a center stage in Nigeria.
How do we solve our security problems?

We can solve our security issues when the people at the helms of affairs show commitment to ending it. Remember that when a citizen of America was kidnapped between Niger Republic and Nigeria, the country deployed their Military team, who rescued him alive even on our soil, all the way from America. Our country can also do such when the government is ready, and Insecurity will become a thing of the past.
The CBN recently banned cryptocurrencies like Bitcoin and young Nigerians felt it was an attack on them. Do you have any advice for the CBN on the way forward in regulation of Bitcoin?
I have said this time without numbers that cutting off a head is not the solution for headache, but it seems that is the only approach our government understands. Not only Crypto currencies they have done this to, the same government has blocked Nigerians from buying SIM cards and even retrieving the old lines, for a reason that cannot be defended logically. For Bitcoin, even the Vice President, Prof Yemi Osinbajo said that CBN should tackle these issues from the point of knowledge and not from the point of fear. Nigeria is not the only country with Money Laundering, rather than slamming an outright ban, this is a block chain technology, that they only needed to find a way around it to prevent people from using it to commit fraud. Bitcoin is gradually phasing out the fiat money, and some businesses around the world, like Elon Musk of Tesla, are now  accepting Cryptocurrencies as a medium of exchange for their product. CBN needs to have a second look at their decision, as this blockchain tech is empowering young investors and creating millions of employment.
What are your plans for 2023; Are you contesting in any of the major elections.

I jokingly told my friends that I wish to sack Governor Jide Sanwolu in 2023 from his job, as the governor of Lagos State, this to me is not impossible because what God cannot do is not existing.
Share
Facebook
Twitter
Pinterest
WhatsApp
Previous articleCalls for Almakura to Lead APC Depeens as Progressives Woo Him to Contest
Next articleCBN to Place Sugar, Wheat on FX Restriction List
- Advertisement -