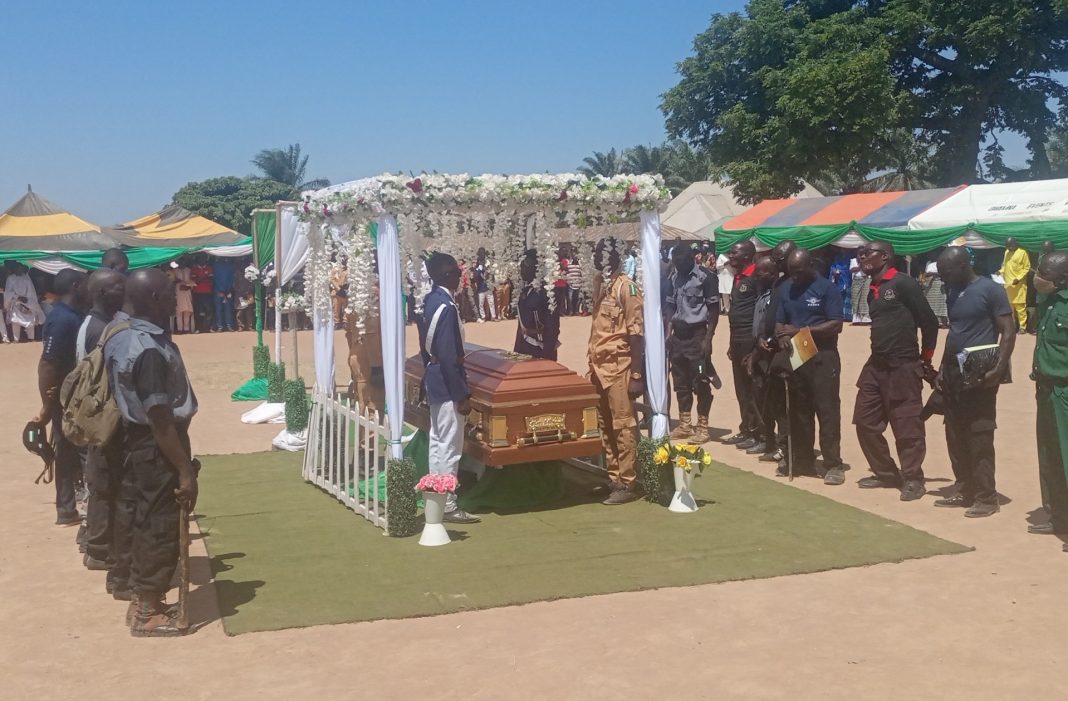 In his brief remarks during the requiem mass held at Holy Family Catholic Church, Kushamfa Kagarko, Gov. El-rufai who was represented by the Commissioner of Sports, said, “it was a great shock to us in the cabinet when we heard tne sad news that Adamu Atamu has passed beyond. ” We pray that Almighty God grant him eternal rest and the family the fortitude to bear the irreparable loss

In an interview with newsmen shortly after the requiem mass , the former Deputy Speaker, described the deceased as a unifying factor.

While speaking, Shadalafia explained that Kaduna state has lost a rare gem. ” Atama was a straight forward man who believed in doing the right thing at the right. The Wazirin Koro ( Atama ) is an icon,” he said

In his sermon titled: ‘ Liturgy of the World’, the officiating priest, Rev. Fr. Fedrick Simon Byat, said: ” there is a time to be born and a time to die. The greatest tragedy in life is not death, but what you allow to die in you.

” Late Atama lived a life building relationships and serving God. And this is what is expected of every human being in life”

Late Atama who was the Wazirin Koro joined politics in 2016. Before he died in February 2022 at the age of 60, he had contested several political positons which include the state House of Assembly and local Government Area elections in Kagarko Local Government Area of Kaduna state.

Until his death, Atama was the Permanent Secretary Ministry of Environment and Natural Resources, Kaduna state