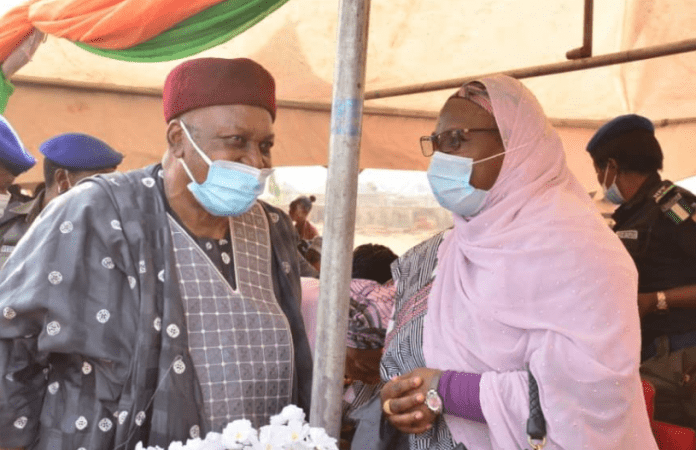 Taraba State Governor, Darius Dickson Ishaku has called on Governors of the 19 Northern States to throw their weight behind the campaign of their wives to check drug addiction and rehabilitate victims.

Gov Ishaku made the call when he received in audience a delegation of Wives of Northern States Governors Forum led by Dr (Mrs) Aminat Bello, wife of the Niger State Governor, in Jalingo.

Members of the Forum arrived Jalingo on Tuesday for a strategy meeting on their campaign against drug abuse.

Governor Ishaku described drug abuse in the country and particularly in the North as endemic and alarming and said the role being played by the Northern Governors Wives Forum was noble and must be encouraged.

He called on governors in the region to support the Forum to energize them to do more for their states.

Ishaku commended the Forum for their unique approach towards tackling the endemic problem of drug abuse and for the achievements recorded in the Northern States so far.

He said posterity would be kind them for these achievements.

In her address, the chairperson of the Forum, Dr Aminat Bello, said the Forum’s approach of sensitising and rehabilitating drug addicts has given hope to thousands of youths in the North.

She said they were in Taraba State to support the efforts of Barr Anna Darius Ishaku, wife of the state governor, to do more in rehabilitating victims of drug abuse.

In her opening address, Barr Anna Ishaku said drug abuse was partly responsible for most of the crimes threatening the country today and called for support against it.

She thanked members of the Forum for coming to Taraba State to give support to her efforts at taking addicted youths out of the drug debacle.

She acknowledged and commended the role of her husband, Gov Ishaku, the Deputy Governor of Taraba State, Engr Haruna Manu and many other officials of the state government for supporting her project.

Barr Anna Ishaku had raised funds and built a drug victims rehabilitation centre in Jalingo which was commissioned by Gov Ishaku and handed over to the state government during the visit of the Northern Governors Wives.