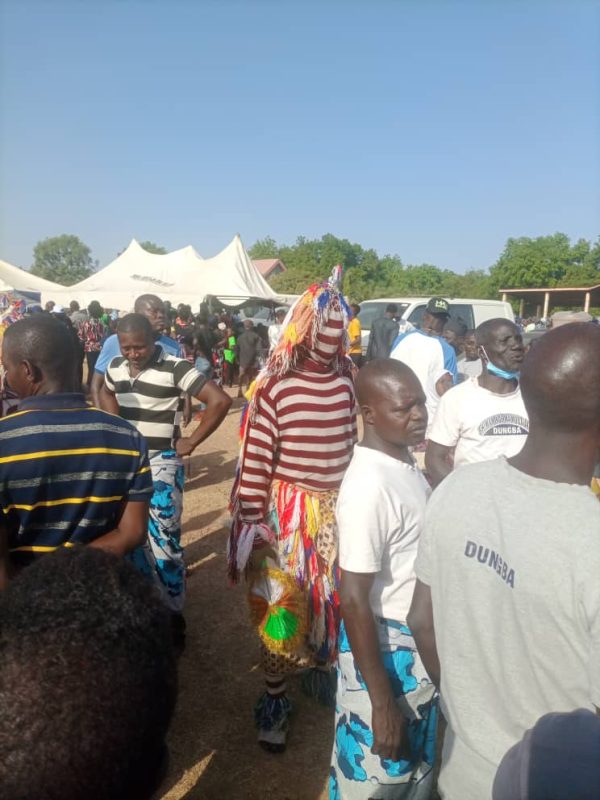 The governor and the other officials gave the advise Friday in Shendam LGA Plateau state, at the annual cultural festival “Bit-Gamai” which is celebrated year by Gamai people.

The governor while speaking at the cultural festival, expressed worries that Gamai Language might go extinct, because most people do not speak the dialects to their children due to modernization of the Western culture.

Lalong say the annual marking of Bit-Gamai is significant, because it is a forum to foster unity of purpose, preserve cultural heritage and harmonious living among citizens.

Also speaking at the Gamai festival, deputy governor of Nasarawa state Dr. Akabe Emmanuel who represented the governor Engr Abdullahi Sule, who was Chairman of the Gamai cultural, say the event is important and unique.

The Nasarawa state deputy governor charged the Gamai speaking people to continue keeping the legacy of their forefathers through promotion of cultural activities.

Similarly, Deputy Speaker House of Representatives Rt.Hon. Idris Wase said the hosting of the Gamai Festival among others is yet another proof of the dividends of peace that has been championed by Governor Simon Lalong which enabled many socio-cultural organisations to hold their festivals unlike in the past.

Speaker of the House of Representative Idris Maje Wase, in an address at the occasion told the gathering that Gamai are hospitable people, therefore they should be supported to promote their culture.

The 2021 Bit-Gamai had an appeal fund raising of 250,000,000 Naira to enable Gamai Cultural and Development Organization GUDO to build a befitting Secretariat that could promote cultural values to the entire Gamai people.

The GUDO President appreciated the wise cansel of the governor of Plateau state Simon Lalong for the development of the cultural Association.

High point of the event was the honouring of various guests with traditional titles as announced by the Long Gamai, HRH Miskoom Martin Shaldas III who said the awardees were selected for thier contributions to the development of Gamai nation.