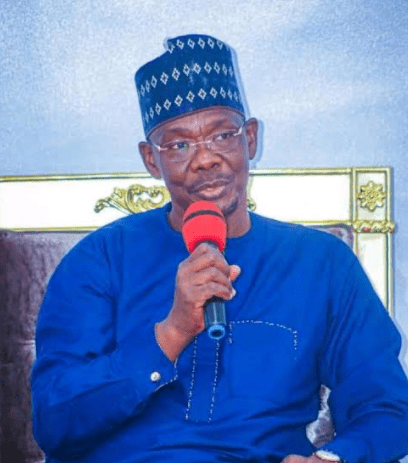 Governor Abdullahi Sule of Nasarawa State has approved  quarterly release of N340,000,000.00 million naira for the  payment of gratuity of 1193  State and  Local Government retirees in the state.

The  Director- General, State Pension Bureau, Alhaji Suleiman  Nagogo stated this at a press briefing in Lafia, the state capital.

According to him, the release of the funds was to  off-set gratuity of 576 and 614 Local Government and State retirees respectively, aimed at alleviating the plights  of retirees in the state.

Nagogo explained that the present administration had inherited  backlog of debt of gratuity and pension benefits of retirees at both the State and Local Government levels from successive administrations in the state.

“Upon my assumption of office, I discovered that the magnanimous posture of His Excellency, Engr. Abdullahi Sule knows no bound and that is why his government has continue to attend to the plights of Pensioners of the state”

“The Governor swung into action by off-setting the backlog of Pension arrears  witnessed in January, 2022 for Local Government Pensioners as well as approved quarterly release of Three Hundred and Forty Million Naira only (N340,000,000.00) to pay gratuity of both State and Local Government retirees”

“Apart from this, there were litigations at various courts of law filed by pensioners against the state government. These dispositions were worrisome to His Excellency, considering the fact that these Pensioners had served the state meritoriously and needed not to be treated shabbily”

“In addition, the Governor took bold steps at settling their grievances through Out-of-Court Settlement which brought about the relative peace and harmony between the aggrieved Pensioners and the State Government,” Nagago maintained.

He assured of the state government’s committment to attending  to the plights of retirees as a show of appreciation for the services they have rendered to the state, even as he pledged the Bureau’s  readiness to  continue to support the cause of governance in the state.

The DG therefore  called  on the people of the state to continue to support the Governor Sule-led administration to enable him provide the dividends of democracy to the people.

He equally appealed to  the media to continue to support government with the needed publicity towards the implementation of government policies and programmes to better the lives of citizenry.