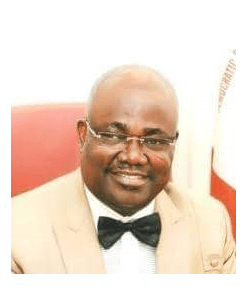 Senator Emmanuel Bwacha, Deputy Minority Whip in the Senate, has called for the provision of a constitutional role for the traditional institution as part of measures to checkmate insecurity in Nigeria.
Bwacha made the call on Monday while speaking to newsmen in Jalingo.
The PDP senator, who is representing Southern Taraba Senatorial District in the Senate, said, the inclusion of the traditional institution into the security architecture of the nation’s security would go a long way in the area of intelligent gathering.
The senator gave assurance that the anticipated constitutional review would consider a slot on security reforms.He however, called on all citizens to be awake on the issue of security and safety as the situation concerned all and sundry.
According to him, the security situation in Nigeria should be of concern to all citizens but leaders on their part should be proactive in handling security issues.
Sen. Bwacha called on Christians to pray for leaders beginning from the President down to councilors.
He also urged the people of Taraba to live in peace and harmony with one another during and after Easter.