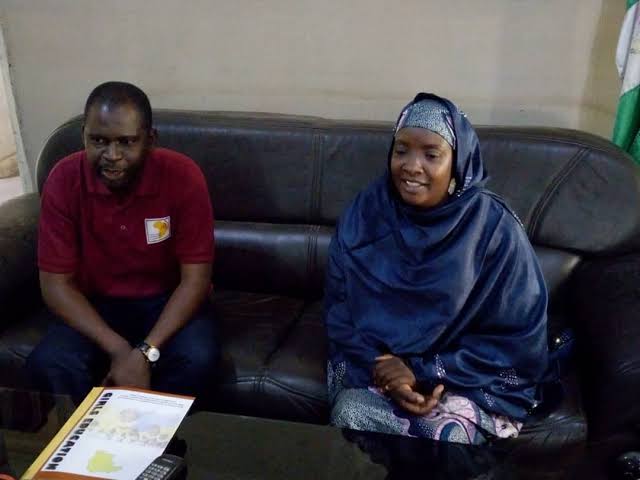 Leader of the delegation and Executive Director of the foundation, Mr. Iliya Kure explained that they were at NUJ secretariat to congratulate the just inaugurated Excos and to initiate process of sustainable partnership that would be beneficial to both parties.

He revealed that AMDF had performed creditably well in media development in Africa through recognizing distinguished pressmen, particularly those who paid the supreme price in line of duty.

In her response, Comrade Halilu expressed her appreciation to the delegation, pledging to reciprocate their kind gesture through mutual partnership, especially on area of developing the society.

” We will avail ourselves as Excos the opportunity you provide of enriching our leadership capacities so we can be proactive and effective in the process of discharging our official duties for our members.

” Capacity building for our members is a core and integral part of my campaign manifesto which I intend to vigorously pursue and fulfill.

” It is an honour receiving you here at the council as development partners in service to media profession and the society in general, ” she said.

In the delegation of AMDF were; a veteran Journalist and a development media consultant , Mr. Steve Edegbo , Norice Emmanuel, a researcher with the forum and Monday Ocheja.