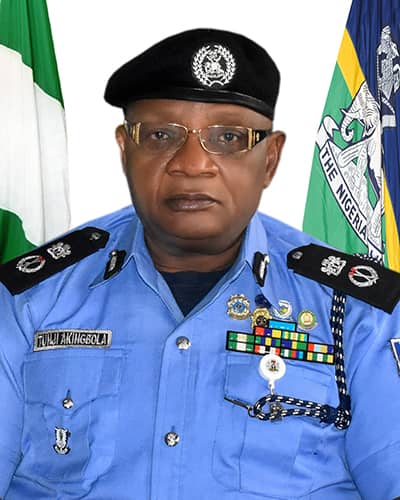 The Benue State Police Command has announced to the general public that the newly posted Commissioner of police, CP. Akingbola Olatunji has assumed duty on 11th August, 2021.

He takes over from former Commissioner of Police Audu Madaki who was recently promoted to the rank of Assistant Inspector General of police and posted to Zone 12 Bauchi.

A statement by the Force Public Relations Officer, DSP Sewuese Anene said the new CP was appointed a Cadet Assistant Superintendent of police on 15th March, 1988 and has held several strategic positions that cut across all the departments in the Force.

The statement listed some position he held to include the
Divisional Police Officer in many Divisions within Lagos state Command; an Assistant Commissioner of Police (ACP), Field studies, Staff College, Jos and ACP FederalSARS Force CIID, Abuja.

“The CP holds in high esteem professional global standards of policing in accordance with the laws and is diligent in carrying out his duties”.The statement added.