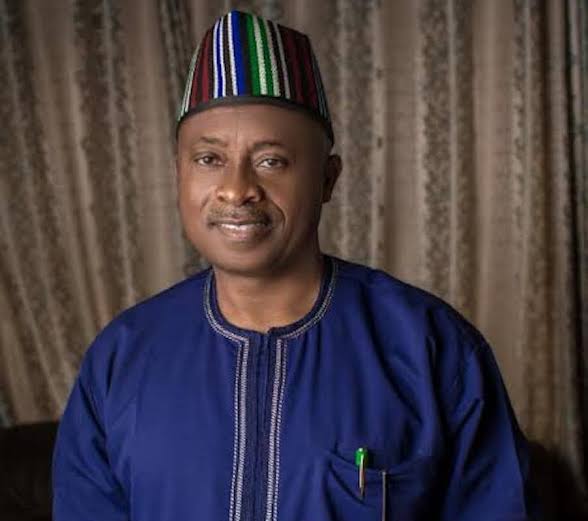 Former Konshisha local government chairman and Peoples Democratic Party, PDP, chieftain, Mr Ityô Omo Lele, has testified that the former Chief of Staff to the Governor, Pastor Terwase Orbunde, has earned the confidence of Governor Samuel Ortom, and can be trusted.

The former PDP State Assistant Secretary who spoke for the Jechira block at the meeting, said he observed over and over that if governor Ortom is talking and Orbunde comes in behind him at anytime, whatever thing the Governor is doing and sight Orbunde, he use to stop and consult him before continuing.

“Orbunde has taken time to tell us what he’ll do if elected, we don’t need to be skeptical. As wise people, we in Jechira are going with the Canadian style of doing things”.

“Canada once had a lot of problems so they adopted best practices. We are bringing best practices into politics. For us in Jechira, we’re going with the best candidate. That is what we have unanimously agreed to do.” He said.

Earlier, the guber aspirant told the meeting that, he was in the race as someone who is knowledgeable about good governance and was prepare to deliver service to Benue people if elected in 2023 general election.

He said, as someone that followed governor Samuel Ortom as the then Chief of Staff and embarked of foreign trips, he have a fair ideas on what and where to begin when governor Ortom finally bows out of office come 29th May, 2023.

Pastor Orbunde who expressed confidence in the ability of the PDP leadership to ensure fairness and neutrality in the course of party primaries, also listed security, agriculture, Women, youth empowerment among others as some of the sectors that will receive priority attention when he assume duty.

According to the former member of the House of Representatives for Kwande/Ushongo federal constituency, having served in many administration in the state and at federal level, he acquired enough experience and connection to drive Benue state to the next level of development and call on party supporters to rally round him to realize his ambition. #