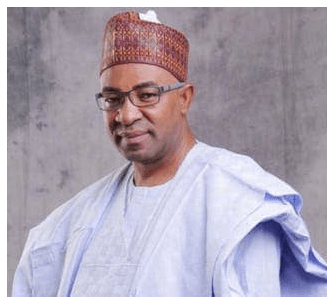 In this special report, MoneyCentral correspondent GEORGE KAJO chronicles the laudable efforts of Professor Abubakar Kundiri’s rapid transformation agendas, which has leapfrogged young and ‘obscure’ Federal University, Wukari in Taraba State to a globally accepted citadel within 60 months in the saddle as Vice Chancellor of the Institution.

In addressing the critical problem of qualitative access to tertiary education, the Federal Ministry of Education decided to implement government policy of educational development across Nigeria. Subsequently, establishments of federal tertiary institutions in every state of the federation where they don’t exist began.

The Federal University Wukari was formerly the Wukari campus of the Taraba state polytechnic, housing the school of administration and business studies until it was donated to the federal government for the take-off of the federal university initiative under the Ex-President, Goodluck Jonathan administration in pursuit of access to quality education across the country. In 2011 Federal University, Wukari (FUWUKARI), was established.

President Muhammadu Buhari in his wisdom and vision of undiluted universal standard of education in Nigeria appointed an academic architect, Prof. Abubakar Kundiri, whose name has been written in gold in the institution for his developmental inputs in terms: infrastructural development and serene academic ambience that has been attracting students from far and near.

Barely six years after establishment, the university can only boast of two faculty buildings, ICT Centre, Library and Central Administrative building, only one of these projects could be said to be fully completed and put to full use. The university faced a major problem of infrastructural deficit.

Residents of Wukari and neighboring communities were not fascinated about going the young Federal University Wukari because of its look; “it was just like a glorified secondary school with many of its courses not accredited, so our young people were still going to other places in search of higher education,” Yunus Akwana told newsmen.

Professor Kundiri met an institution with none of its academic programmes in the three faculties of the University, as of then, having full accreditation upon resumption in 2016.

“When I took over the University, there were no real physical infrastructures that qualify it to be called a University. However, one infrastructure that stood tall in the University was a good road network. The Vice Chancellor that I succeeded, actually invested mainly in the construction of roads, but did not pay attention to building the real physical infrastructures that make up or characterize a University.  Other problems that we met on ground included lack of any form of accreditation, whether Interim or Full, for all the courses that were offered in the University; violation of due process and lack of observance of appointment and promotion rules and guidelines of Universities, preferential treatment of staff, among others.

“Largely, when I assumed office, the Federal University, Wukari, had experienced stunted growth compared to the other federal universities that were established at the same time.  I did not dwell much on the situation but sought to reverse the challenges that were responsible for the problem,” Kundiri said. 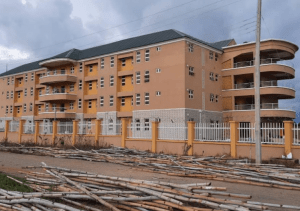 Armed with a blueprint to change the fortunes of the young University to a mouth-watering citadel of quality academic pursuit for not only the Wukari community nor the Taraba state youths only but Nigerian youths at large,  Professor Kundiri said: “I came to the University with the aim of ensuring that it should strive to attain the objectives for which it was established.  To do this, there must be strategic planning.  This was the reason why the first thing I did as a Vice- Chancellor was the development of a strategic plan to support a coordinated approach to attaining our goals.  This plan helped us to identify our goals, assign responsibilities and the timeline for achieving them.”

Today, FUWUKARI is listed among one of the best and finest tertiary institutions Nigeria can boast of, with increased and accredited academic programs in a serene and conducive lecturing theatres, for distinctive and applaudable academic performances of the students.

The institution now brags of faculties like: Agriculture and Life Sciences, Humanities, Management and Social Sciences as well as Pure and Applied Sciences. The Faculties of Education, Engineering and Technology, Law and College of Medical Sciences, were established in addition to a School of Postgraduate Studies.

The university currently has 25 academic departments offering 27 undergraduate degree programmes under the watch of Prof. Kundiri.

In a recent chat with Prof. Kundiri, he said: “I came to the University with the aim of ensuring that it should strive to attain the objectives for which it was established.  To do this, there must be strategic planning.  This was the reason why the first thing I did as a Vice- Chancellor was the development of a strategic plan to support a coordinated approach to attaining our goals.  This plan helped us to identify our goals, assign responsibilities and the timeline for achieving them.”

“Infrastructure is key to the University attaining the objective of being first rate in the country.  It is for this reason that we have transformed the campus from a small entity featuring buildings inherited from Taraba State Polytechnic to a vast expanse of edifices housing the various Faculties of the institution.”

“There are also lecture theatres and classrooms of varying sizes.  We have completed the new Library and Information Centre, ICT Centre; two Computer-Based Testing facilities, a Convocation Square and Professorial Offices.  There are also new students’ hostels for males and females.  In addition, we have constructed several kilometers of roads linking different parts of the University, water generation and supply systems as well as installation of electricity supply facilities including alternative power systems.” 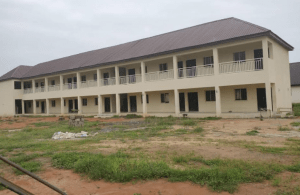 “Accommodation has also been provided for all principal officers of the institution encompassing both academic and non-academic staff at all levels including professional, technical and junior staff.”

“Another key area is the development of human resources which led to the training of academic staff to the doctoral levels as well as capacity development of all cadres of academic staff. We have also been doing well in forging partnerships with relevant agencies and institutions as a strategy to develop the University.  This has attracted a lot of support in terms of physical and material development.  Furthermore, our community development and outreach activities have helped in reducing tension in the community as well as preparing local students for entry into higher education.”

Recounting lessons leant from his experiences, he said it’s to “always have an open and objective mindset and be committed.  These have helped me throughout my personal and professional careers.”

Kundiri noted the essentiality of human resources management in his transformation agendas, explaining how he was able to harness human resources to yield positive results. He said that “It is necessary to note that in leading people and working to maximise their capacities, adequate attention must be placed on identifying strengths as well as supporting the transformation of weaknesses to strengths.

There are also the challenges of those that may not, no matter how you try, share your approaches to making progress.  In situations like this, you have to ensure that their approaches do not disrupt the objectives that are being sought for the wider good.

“Attention was, therefore, paid to addressing the challenges that led to grumblings among the staff which, in the long run, affected their productivity.  One of the issues dealt with is that of ensuring that all staff of the institution are properly placed in relation to their capacities.  To do this, we had to develop, using the expertise of diverse professionals within Nigeria, the necessary documents to serve as a guide to placement of staff, both academic and non-academic. 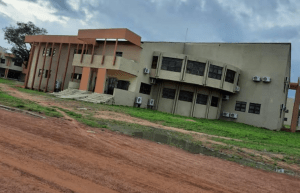 Using this document, we set about properly placing all staff in their merited positions. This, of course, entailed that many had their levels reviewed upwards while others had theirs reviewed downwards.”

“Coupled with this was the timely assessment of all staff so that they were promoted as and when due.  What all these did was to bring about increased productivity and when you have productive staff, it supports the growth of the institution.”

Speaking further, he highlighted the need to give appointments based on intellectual capacity and leadership ability.

“The commitment to university autonomy is meant to grow the universities in Nigeria.  It enables each institution to search and identify the best hand to provide leadership in line with its requirements.  This is opposed to the old system whereby a number of considerations outside the university system were allowed to interfere with the processes. I would say that the principles of autonomy in the university system are still a work in progress.   As such, each university, through its Governing Council, should continue to strive to bring about the best for their respective institutions.

With an increasing student population of over 7,000, the Federal University Wukari  recently won the Joint Admission Matriculation Board (JAMB),  National Tertiary Admissions’ Performance-Merit Award (NATAP-M Award) as the most improved institution in gender balance across the country. 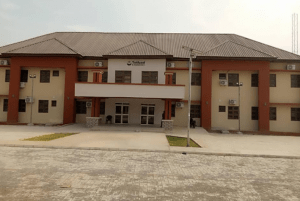 The impact of Prof. Kundiri has been felt within and beyond the walls of the Institution’s, first the growing population has been a blessing for business owners in the host community, with many saying the University under his leadership brought glory to Wukari and environs.

The Aku Uka of Wukari and Chairman Taraba State Council of Traditional Rulers, Dr. Shekarau Angyu Masa Ibi II while present an award of excellence to Prof Kundiri recently commended him for transforming the University to a enviable institution to be proud of.

“Today we are all proud of what you have done at the Federal University, you brought glory to Wukari Land because of how you transformed the University from a glorified secondary school to a world standard institution of higher learning, the University is fast becoming a force to reckon with in the Northeast and it’s placing the community on a global map, we are always proud of you and grateful for your contribution to the development of the University,” Aku Uka said.

Also Vice Chairman of the Wukari Local Government, Hon. Tijani Sale applauded the development and growth witnessed in the University.

“Aside from our yams that attract people from all over the country, the Federal University Wukari has added glory to us. The University now comfortably competes with other institutions anywhere in the country.” 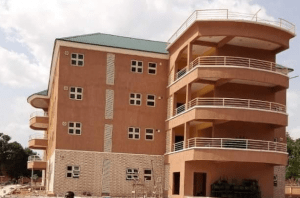 Other residents of Wukari local government area of Taraba state have expressed joy at the rapid transformations of the institution and its development.

A Resident of Wukari, Yunus Akwana expressed happiness that Kundiri while serving as VC of the University brought steady and uninterrupted growth to the University.

He added that Kundiri’s leadership in the institution boosted the economic activities of the area.

“Let me be just to the outgoing V.C, this institution from 2016 till date witnessed tremendous progress. Before the expiration of his tenure, so many projects were commissioned and we all saw it here.

“Buildings in the all faculties; academic staff offices; academic staff quarters; student’s hostels; university library, information and communication center; laboratories; convocation square; sports facilities; municipal facilities such as water, roads, electrical and other installations among many others are his legacy projects,” he said.

Still recounting, he said Kundiri’s inputs towards the institution development has no doubt attracted individuals from far and near communities. He added Kundiri’s legacies will forever be remembered in the history of Wukari.