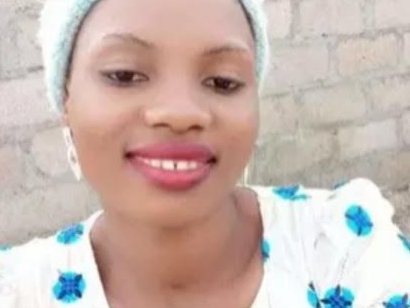 In the wake of Muslim mob killing a Christian female student of Shehu Shagari College of Education in Sokoto State, an old tweet of Bashir Ahmad endorsing a death sentence for blasphemers has emerged.

Recall that a student of the College of Education simply known as Deborah was killed for allegedly describing Islam’s prophet in an unpleasant way while protesting the sharing of Islamic contents in a class WhatsApp group.

Bashir Ahmad, who is the Personal Assistant to President Muhammadu Buhari on Digital and New Media, had once supported the death penalty for blasphemy according to his tweet in July 2015.

In the 2015 tweet, Bashir Ahmad said he agreed with the ruling of an Islamic court in Kano which sentenced nine people to death for insulting the Prophet Muhammad. The accused, who were all Muslims, had pleaded guilty.

Bashir Ahmad had said: “I can’t pretend or keep silent. I support the death penalty for BLASPHEMY. That’s my belief and I do not and will never support #SaveKanoNine.” 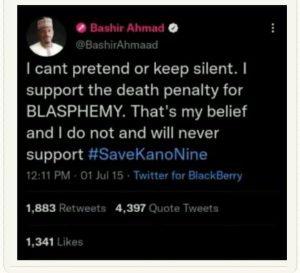 Bashir Ahmad is now seeking to contest a House of Representatives seat in Kano State.

Meanwhile, Moneycentral reported that Deborah was killed by a mob in Sokoto and an unidentified man bragged in a video that he killed and set ablaze the student of the Sokoto College of education.

Looking sweaty and pulsating with rage, the man whose identity has not been established, spoke to a camera while Deborah’s body was on fire.

He said in Hausa Language. “I’m the one that killed her and set her body ablaze. This is the matchstick I used in setting her on fire,” the man said showing off the matchstick box.

Youth to Delegates : Nominate Akaakar As PDP Guber Candidate For a Better Benue