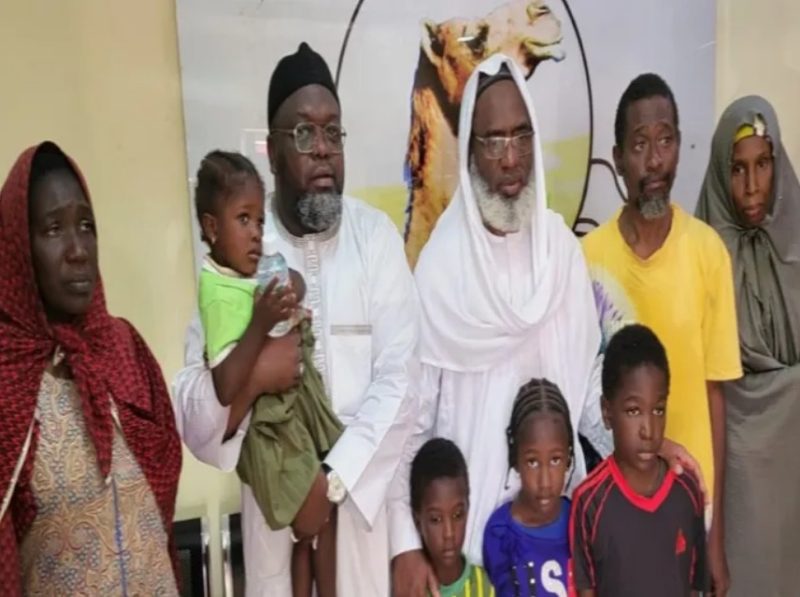 The abductors of the March 28 Abuja-Kaduna train passengers have released another seven abductees.

Among those released by the terrorists were a family of six and a woman.

The release of the victims was confirmed by the Publisher of Desert Herald Newspaper, Malam Tukur Mamu (Dan-Iyan FIKA), in Kaduna on Wednesday.

The released family members were Abdubakar Idris Garba who is a staff of the National Assembly Service Commission, his wife, Maryam Abubakar Bobo, and their eldest son, Ibrahim Abubakar Garba.

The latest development is coming barely a week after the terrorists freed five passengers of the Abuja-Kaduna train attack.

Family members of the kidnapped victims have since the incident occurred in March been calling on the Federal Government to ensure the freedom of the abductees.

The assailants have since released some of the abductees, while millions of naira were reportedly paid to secure their release.

The terrorists also release a video, threatening to kill the abducted train passengers and sell out others if their demands are not met by the Federal Government.

In his reaction, President Buhari assured families of the abducted train passengers that efforts were ongoing to ensure they regain freedom from bandits’ captivity.

Buhari further ordered security agencies to increase their efforts to rescue the abducted passengers, noting that the Federal Government was continuing on the two-lane approach, kinetic and non-kinetic to secure the passengers’ safe release.