US Based Firm to Establish Pharmaceutical, Allied Industries in Kogi 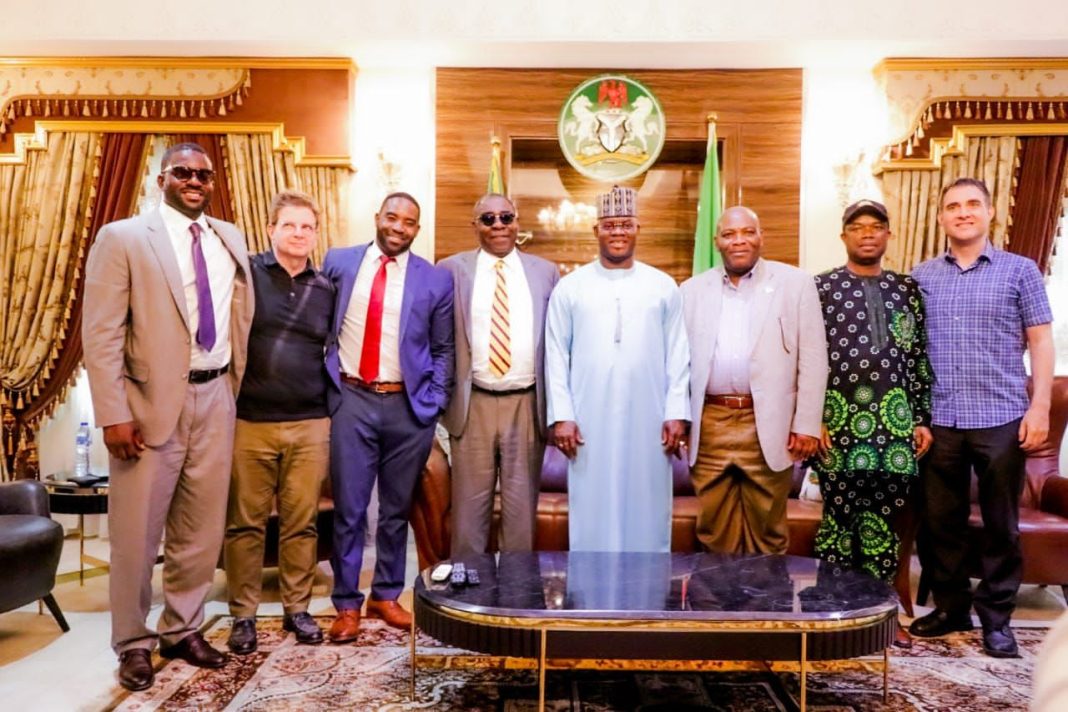 A United States based company; SIVAD group has intimated the Kogi State government of its plans to establish a world class Pharmaceutical, Agricultural and other allied industries in the confluence state, with plans to commence operations in a couple of weeks.

Speaking during a courtesy visit to the state Governor, Yahaya Bello, the Group’s President/Chief Executive Officer, Mr. Lenzie Davis revealed that Kogi state was selected as part of the company’s Africa investment plan, owing to its strategic location, security architecture and other factors.

He noted that although the company was in Africa some 30years back, he was optimistic that this period would be different due to the energy, relationships and what he has been told about the governor’s leadership acumen.

He said “We are here to understudy how we could really help Kogi state and by extension Nigeria develop its health, agriculture, technology sectors and as far as with developing vaccines, other type of medicine.”

Mr. Davis added that the company also has a sickle cell rapid test which he believed would be able to help monitor some of the sickle cell patients, help save lives, offer more education on how to prevent the disease.

He added that asides from its plan in the pharmaceuticals industry, SIVAD in the areas of agriculture would help develop new technologies for growing food, which could make Nigeria the leader in shipping food and other products throughout Africa.

“The goal is to work closely with some of the key people here, so as to put together a solid plan of execution based on some of our findings and which of our plans to prioritize,” he added.

The Governor in his remarks noted that Kogi state was on the path of development as it continues to witness business interests from all over the world, stressing that his administration met the state in shambles and had made conspicuous effort to reverse the trend.

He pointed out that Nigeria remained the trigger point for Africa and Kogi state sits confidently in the centre of the nation’s geography hence the state was where things must happen before reflecting in other part of the country.

The Governor noted that the state was open to any investor while he admonished them to feel at home as many of the state officials were on ground to guide them on modes of operation.

He added that the government would ensure that their personnel, investments and every other things were adequately secured.

He promised to give them the necessary cooperation, to ensure that they invested safely in a bid to further encourage other investors into the state adding that his government was doing its best in the Health, education, agriculture sectors, by putting in place the needed infrastructures.

Governor Bello advised that despite their interest in profit-making, they should ensure that they give their host communities a sense of ownership, adding that they would be a nexus between the state government and the united states business community.