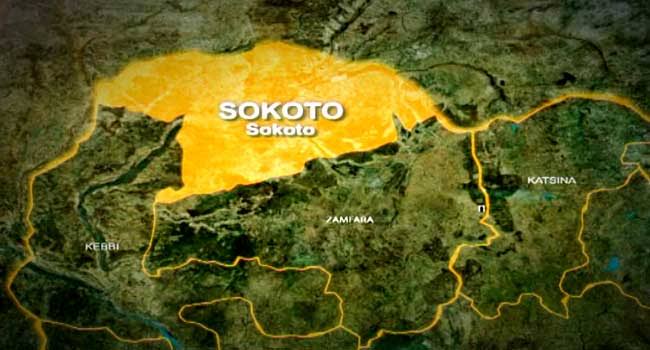 An unidentified man has bragged in a video that he killed and set ablaze a student of the Sokoto College of Education, only identified as Deborah.

Looking sweaty and pulsating with rage for doing “God’s work,” the man whose identity has not been established, spoke to a camera while Deborah’s body was on fire in the background.

He said in Hausa Language. “I’m the one that killed her and set her ablaze. This is the matchstick I used in setting her on fire,” the man said showing off the matchstick box.

Killing for God is not a crime in the reckoning of many zealot northern Muslims, a possible reason the man brags about being part of the mob that killed Deborah.

Recall that Irate attackers in Sokoto roasted the Christian female student of the Shehu Shagari College of Education in Wamako today and filmed it before uploading the bizarre footage on social media.

The deceased, identified only as Deborah, was accused of passing unflattering comments about Prophet Mohammed on campus.

The video of the gory incident has been trending on social media. The video shows that Deborah was first beaten to a pulp by the students, then stoned until those hurling the stones got tired before setting her ablaze.

Deborah is not the first to have suffered the fate in the hands of Northern Muslim fanatics fighting for God.

In 2016, a woman, Bridget Agbahime, at Kofar Wambai market in Kano was killed by a Muslim mob over alleged blasphemy against the Islam Prophet.

In 2020, an upper Sharia court in the Hausawa Filin Hockey area of Kano State sentenced 22-year-old Yahaya Sharif-Aminu to death over blasphemy in a song he circulated via WhatsApp.

Reacting on Twitter, Reno Omokri, former media aide to former President Goodluck Jonathan said, “The gruesome killing of the female student, whose name I understand to be Deborah, in Sokoto on allegations of blaspheming prophet Mohammed SAW must be investigated and the culprits must be severely punished. @Elrufai insulted Christ, but Christians didn’t kill him!”

“Governor Tambuwal is contesting to be President. How he handles the burning to death of Deborah on allegations of blaspheming prophet Mohammed SAW will send a very clear message to all Nigerians about how he intends to handle our religious diversity if he’s elected!”

See the confession of the killer below

These are the faces of the barbaric creatures that killed Deborah in Sokoto State over religious blasphemy.

I implore @PoliceNG to do their job and ensure justice prevails. pic.twitter.com/4yvkwRsWdD