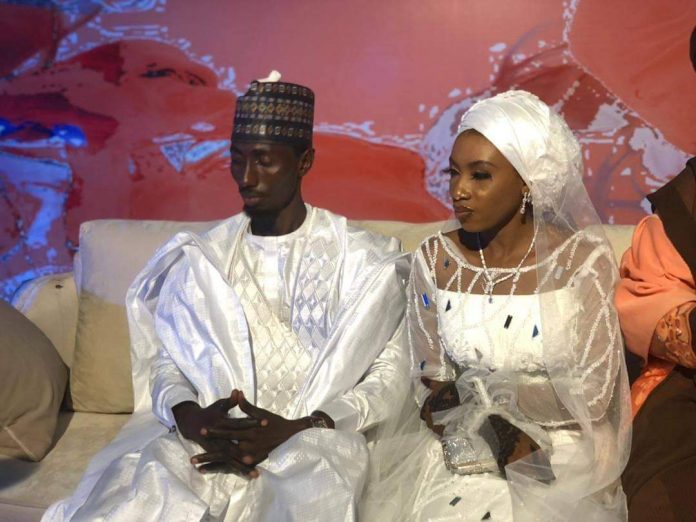 Abuja, the Federal Capital Territory FCT, on Saturday stood still as Nigerians from all works of life, gathered at the Bamanga Tukur BMT, African Garden to witness the wedding between Farida Ibrahim Tukur El-Sudi daughter of the APC chairman for Taraba state and Engr. Ahmed Muktar.

Member North -East development commission and former gubernatorial aspirant in Taraba state David Sabo Kente and host of other political gladiators from Taraba state and outside made it to the wedding.

Alhaji Ibrahim El-Sudi in an interview with journalists ,wished his daughter well,urging her to be patient,peaceful and obedient to her spouse.

He added that the best any parent could bequaeth their children is morals and education ,which he has demonstrated to ensure that not only his children gets the basics, but extended it to orphans ,who are under his care.

Other speakers at the wedding,wished the couple a peaceful marital bliss.

They said, Barr. El- Sudi’s leadership spans through being a field politicain,as he has proven to be a leader right from his home,with children that are well nurtured and are capable of representing him anywhere because of the kind of role and teachings he gave them.