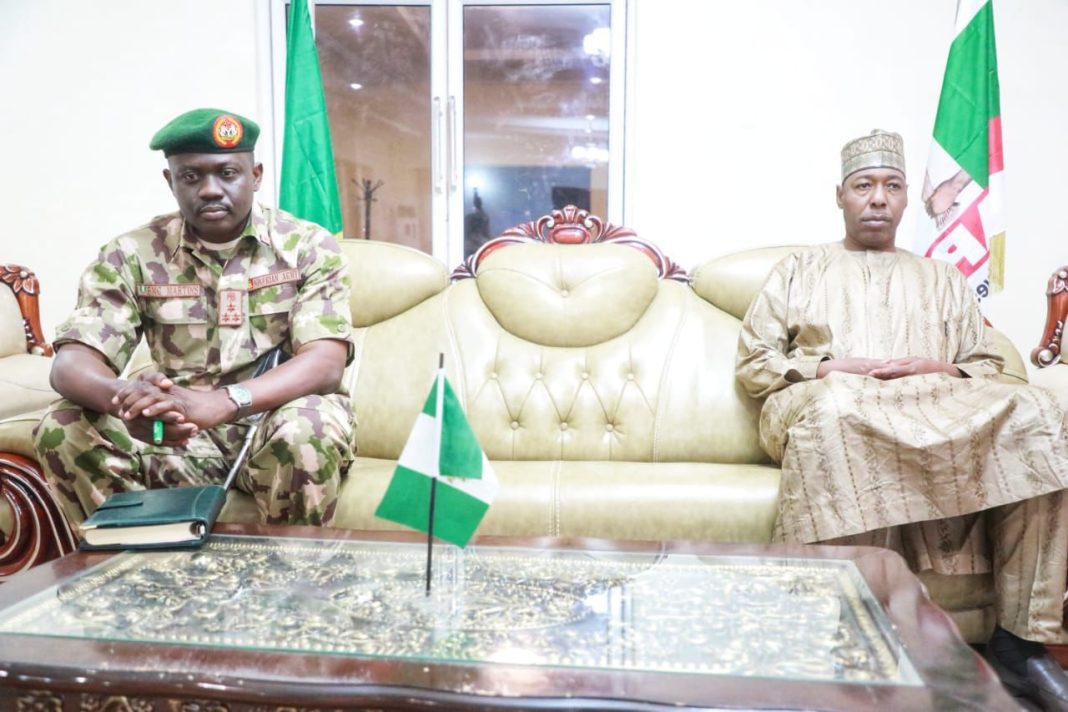 Governor Babagana Umara Zulum was in Chibok town on Monday following a recent attack on three communities: Kawtakare, Korohuma and Pemi in the LGA. The Governor met families of 22 women and two men abducted by Boko Haram/ISWAP during the attack.

Zulum invited relatives from the three affected communities made up of men and women and hosted them at the Government lodge in Chibok town.

Insurgents had recently attacked Kawtakare on January 21, 2022, Pemi on January 14 after previous one on Korohuma on December 30, 2021.

“We are here in Chibok to commiserate with you, immediate families of our sisters and brothers abducted as well as four of our brothers killed by the Boko Haram terrorists in these unfortunate incidents. We share your pains and we pray this act will not happen again” Zulum said.

After meeting the families, the Governor interfaced with heads of security agencies and discussed gaps and ways to enhance security in the communities.

Zulum observed that four local government areas: Biu, Askira, Chibok and Damboa were faced with serial attacks from the members Boko Haram/ISWAP terrorists in recent times, assuring that his administration will not relent in providing additional support to security operatives, to contain the challenges.

briefing the Governor, chairman of Chibok Local Government Area, Umar Ibrahim said in addition to the 24 people abducted, three persons were killed by the terrorists during separate attacks on three communities.

The Chairman disclosed that a combined number of 110 buildings made up of 73 houses, 33 shops and four churches were burnt alongside eight vehicles and three tricycles.

Zulum directed that an assessment report containing all destructions perpetrated by the terrorists in the three communities be submitted to him.

Governor Zulum commended the chairman of Chibok Local Government for his responsive leadership.

“Let me specifically commend the efforts of the Local Government Chairman, because despite the very limited resources, he has been doing his best to ensure that dividends of democracy are provided in Chibok” Zulum said.

The Governor was accompanied to Chibok by the member representing Chibok at the state assembly, Hon. Aimu Foni, Commissioner of Poverty Alleviation, Nuhu Clark who also hails from Chibok, and commissioner for Local Government and Emirate Affairs, Sugun Mai Mele who oversees all of Borno’s 27 LGAs.