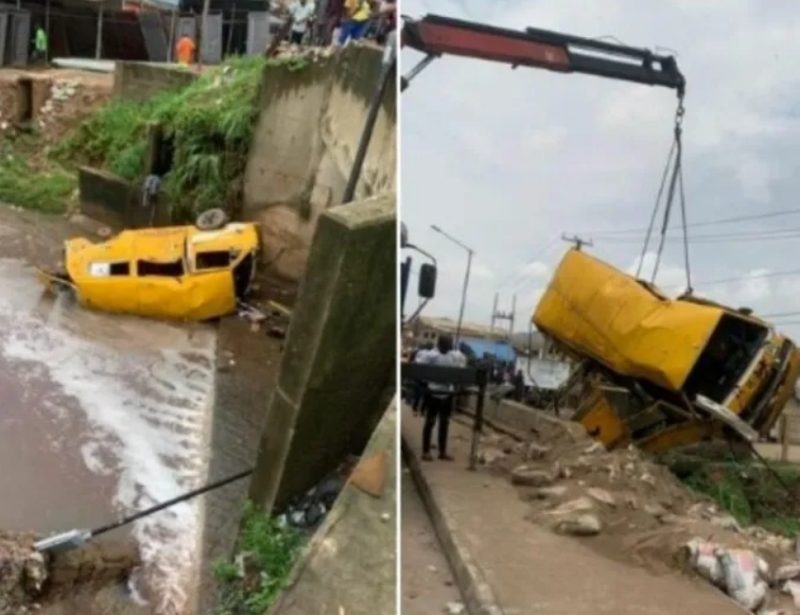 At least 12 passengers of a commercial bus have reportedly been rescued after the bus they boarded plunged into the canal at Cement bus stop on Lagos-Abeokuta Expressway.

According to witnesses, the incident occurred on Sunday evening, July 10, as a result of the driver’s reckless driving.

The Permanent Secretary, Lagos State Emergency Management Agency, LASEMA, Dr Olufemi Oke-Osanyintolu, while confirming the incident to journalists disclosed that the victims included seven males and five females who were all taken to the hospital.

“The 12 ( 7 male and 5 female injured passengers have been rescued and taken to the hospital,” he said.

Osanyintolu further stated that the car driver (an adult male) sustained minor injuries and was attended to at the scene by the paramedics team.

“The LRT team alongside, LRU paramedics and The Nigeria Police were responders at the scene. The Agency’s Hiab is being dispatched for the recovery of the commercial bus from the canal,” he said.

He was, however, quiet on whether the Lagos authorities would press charges against the commercial bus driver on account of his reckless driver which drove the passengers into the canal.

Share
Facebook
Twitter
Pinterest
WhatsApp
Previous articleHealth Workers Threaten Strike in Solidarity With ASUU, Others
Next articleMan in Trouble After Sleeping With a Woman Who Was Facing The Wall in a Dark Room at a House Party
- Advertisement -