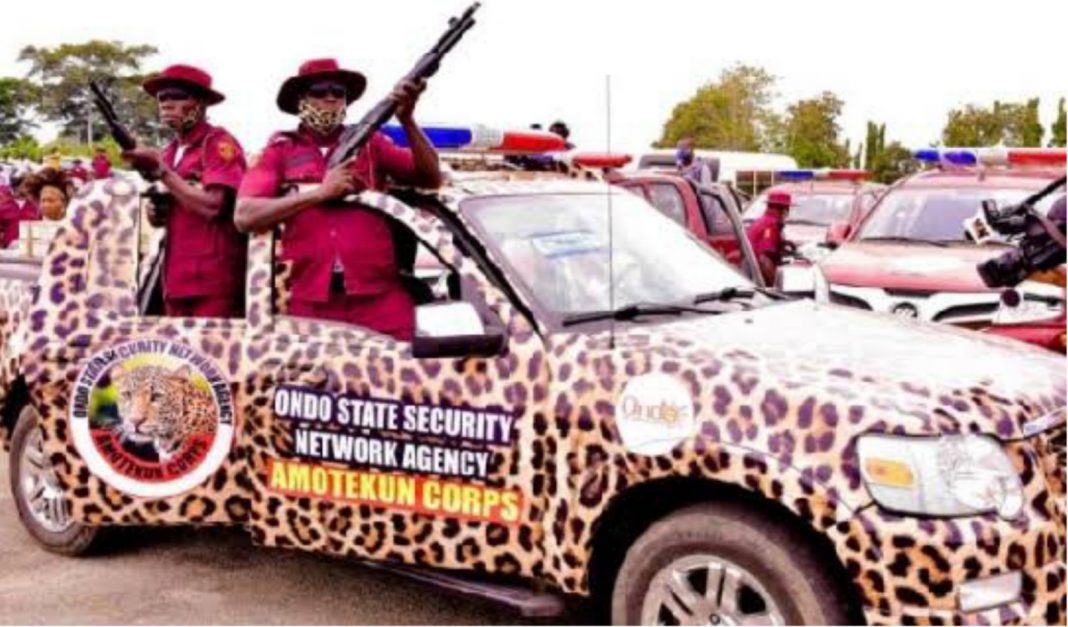 Barely 24 hours after suspected cable thieves were paraded in Ado Ekiti by the Western Nigeria Security Network known as “Amotekun” the command  has again apprehended nineteen suspects for various crimes.

The suspects were arrested during a raid on flash points in Ado Ekiti which include, Atikankan, Oke-Ila and Okeyimi.

Out of the suspects, thirteen were arrested in Atikankan for burgling while the six who were apprehended at Oke Ila and Oke Iyimi for the offense of swindling innocent residents.

Addressing newsmen, the commandant of Amotekun in Ekiti State, Retired Brigadier General, Joe Komolafe explained that the suspected burglars were those terrorizing some communities in the state while the swindlers specialize in defrauding residents.

The commandant noted that after necessary investigation, the suspects would be handed over to police for prosecution.

He therefore promised that officers of Amotekun would continue to work hard to reduce crime in the state and sought information from members of the public regarding the hideout of criminals.

Some items recovered from the suspects include power Generating set, Iron rods, Water pumping machine among others.