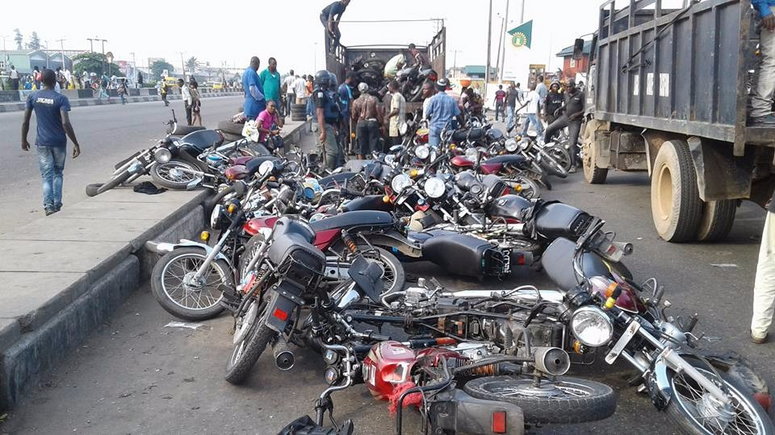 Recall that sometime on May 18, 2022, following several complaints over the growing menace and nuisance constituted by Okada riders, Lagos State Governor, Babajide Sanwo-Olu, imposed a fresh ban on the operations in in six Local Governments, LGs and nine Local Council Development Areas to curtail the unruly activities of the riders.

Sanwo-Olu had on May 10, 2021, reviewed the 2012 Lagos Traffic Law guiding the Okada operations, after his predecessors, Babatunde Fashola and Akinwunmi Ambode’s administrations had banned their activities.

On the fresh ban, the state Commissoner for Transportation, Dr. Fredric Oladeinde, and Commissoner for Information and Strategy, Gbenga Omotoso, announced this at an inter-ministerial media briefing on Thursday, held at Alausa, Ikeja.

The latest affected councils s include:
Kosofe, Ikosi-Isheri, Oshodi-Isolo, Mushin, including the respective LCDAs in the areas.