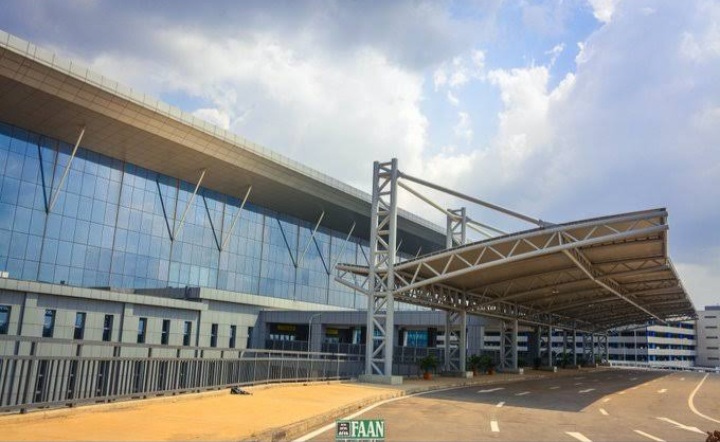 The new terminal built by the Chinese Engineering Civil Construction Company (CECCC), at the Murtala Muhammed International Airport (MMIA), Lagos, has reached 98 per cent completion and would be inaugurated before the end of March 2022, Managing Director of Federal Airports Authority of Nigeria (FAAN), Captain Rabiu Yadudu has said.

Yadudu said disclosed this when Senate, and House of Representatives’ joint Committee on Aviation paid an oversight visit to the Federal Airports Authority of Nigeria at the Authority’s Headquarters annex in Lagos.

Receiving the National Assembly officials Yadudu said FAAN has enjoyed the highest level of support, collaboration and co-operation from the Committees in her bid to realize her vision of being among the best airport groups.

He enumerated some of the challenges militating against the realization of the Authority’s goals to include, capacity and contribution of airports to revenue generation, human capacity development, infrastructural gap, economic challenges affecting revenue generation, accumulated debts, rising operating and maintenance cost, amongst others.

He requested the Committee to assist and collaborate with the Authority in finding lasting solutions to these challenges.

In his response, the Chairman, Senate Committee on Aviation, Senator Smart Adeyemi commended FAAN for all the agency has been able to achieve despite the challenges posed by Covid-19.

He added that FAAN should work more in the area of improving on airport security using technology, and also ensure that her human resources are well motivated.

The Chairman, House of Representatives Committee, Honourable Nnolim Nnaji on his part, advised that the new international terminal in Lagos should be reopened as soon as possible since it is the most patronized gateway in the nation.