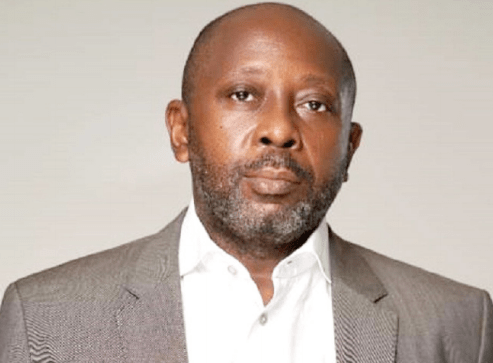 If past leaders had indefatigably and resiliently pursued the self-reliance ideology of president Muhammadu Buhari, the country would have been a net exporter of many commodities while earning more foreign exchange from Agriculture.

Of course, Nigeria will never achieve the desired economic growth and eradicate poverty if the country doesn’t consume what it produces, just like Asian tigers have surreptitiously proliferated their presence in Africa with locally produced goods.

It is saddening that crude oil accounts for 90 percent of foreign exchange earnings and nearly two-thirds of government revenue, little wonder when the price of the black gold suddenly plummets, a tsunami or magnum earthquake hits the country.

Regrettably, the external reserve, which had already been depleted due to huge imports, is always not strong enough to shed the economy of decadence and paralyzes. Consequently, the currency is incessantly devalued, inflation spirals, workers’ wages are stolen, and the vast majority of people plunge into the dungeon of poverty.

Diversifying the economy away from reliance on oil revenue will help reduce importation of goods that can be produced locally, and the ban on some 44 items from the central bank’s foreign exchange window is impressively commendable.

In the six months through June 2019, Nigerians spent a total of N334.3 billion to import prepared foodstuffs, beverages, spirits and vinegar and tobacco. In 2011, Former minister for Agriculture and now president of Africa Development Bank said the country spent $628 billion (N98 trillion) on importation of food between 2007 and 2010.

The Chairman of the Presidential economic advisory council, Doyin Salami, revealed that the Nigerian government spent around N1.85 trillion on food imports in 2020 after the nation’s land borders were closed.

“Despite border closures, our national import of food amounted to N1.85 trillion between January and September 2020, resulting in a 62% increase when compared to the same period in 2019,” Mr Salami indicated during an interview with a media house.

Many experts have agreed that food restrictions and local production of goods will help bolster the external reserve to shield the country from the vagaries and crude oil price.

While Nigeria’s inflation reduced to 18.12 percent for the month of April, from 18.17 percent in March, it is way below the 6 percent and 9 percent Central Bank of Nigeria (CBN) target range. This reflects erosion in the purchasing power of consumers while borrowing becomes more expensive.

Unemployment rate, which surged to the second highest on a global list of countries monitored by Bloomberg, rose to 33.3 percent in the three months through December, according to a report published by National Bureau of Statistics (NBS).

To help the government actualize food sufficiency, create jobs, and spur economic growth, Flour Mills of Nigeria is in the forefront of backward integration policy.

Backward integration refers to the process in which a company purchases or internally produces segments of its supply chain. In other words, it is the acquisition of controlled subsidiaries aimed at the creation or production of certain inputs that could be utilised in the production.

Flour Mills has expanded its sugar backward integration as it acquired more farm land for the cultivation of sugar in Nasarawa state. The 20,450 hectares is situated at Umaisha Development Area of Toto Local Government Area of Nasarawa State on the north bank of the Benue river, about 70 kilometers upstream from Lokoja.

It is expected that land preparation, including surveys and the initial designs will start immediately in anticipation of the commencement of operations during the course of this year.

The plan is to develop up to 15,000 hectares under cane and to construct a state-of-the-art sugar mill in line with our BIP commitments and Nigeria’s drive for self-sufficiency in sugar production.

Similar to the company’s investments at Sunti, Niger State, the development plan of the Nasarawa BIP will significantly benefit neighbouring communities who will be impacted by numerous community improvement projects that have already been earmarked to begin soon, including access roads, electrification projects, primary healthcare and educational facilities and expanded youth job opportunities – including the extension of our out-grower scheme that will empower farmers, and ultimately improve lives.

“Flour Mills as you are aware has a history of making strategic investments in the agriculture sector in Nigeria – Since 1978, with the acquisition of a 10,000-hectare farm in Kaboji, Niger state. Since then, we have continued to demonstrate our commitment to harnessing our Nation’s resources including our people,” Omoboyede Olusanya, Group Managing Director /CEO of FMN.

“We have progressively increased our investment in the primary processing of domestically cultivated soybean, palm, cassava, maize, sugarcane, sorghum, and wheat, as well as in storing, aggregating, and distributing locally sourced grains.”

“Additionally, I am happy to add that following the formalities here today, our teams are already geared up for work in Nasarawa State. In the following weeks, we will be seeing land preparations, including surveys, soil tests and preliminary construction works in anticipation of the commencement of operations during the course of this year. The plan is to develop up to 15,000 hectares under cane in the project area and to construct a sugar mill and other ancillary infrastructure in line with our BIP commitments. As with our investments in Sunti, the Nasarawa BIP development plan will significantly benefit host and surrounding communities, who will be impacted by several community improvement projects including access roads, electrification projects, primary healthcare and educational facilities, and expanded job opportunities for the youth in particular,” adds Olusanya.

Nigerian Firms Dash for Cash in Liquidity Push Ahead of Elections