2023: May Boko Haram, Their Sponsors and Sympathizers Not Win — Adegboruwa Rains Curses 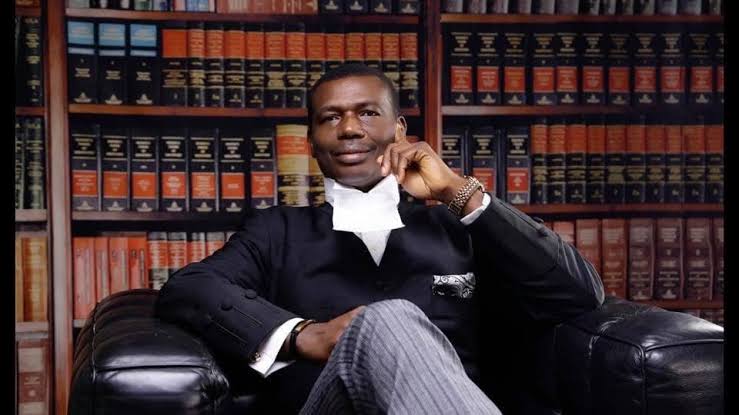 A Senior Advocate of Nigeria (SAN), Ebun-Olu Adegboruwa, has prayed that Boko Haram, terrorists and insurgents, their sponsors and sympathizers will not win the 2023 general elections because they do not mean well for Nigeria and Nigerians.

The legal practitioner spoke on Tuesday in a statement entitled, “The Grave Implications of APC Muslim-Muslim Ticket,” following the nomination of Sen. Kashim Shettima, ex-Borno governor and a Muslim as running mate to APC flag-bearer Bola Tinubu, another Muslim.

Adegboruwa described the move as lack of consideration for unity and plurality, wanting power at all costs, incompetent to manage a complex nation like Nigeria with diverse interests, different tongues and tribes and consisting of different faiths.

The statement partly reads, “Others don’t matter. Shows absence of consideration for unity and plurality.

“Desperation and over-ambition. We just want power at all costs and we don’t care what others think or do.

“We can win the elections without you, especially by other means other than by open ballot.

“It is a cruel affirmation of supposed superiority complex. That only one region determines electoral victory. That the presidential candidate of the APC is not acceptable to Northern Muslims.

“It is an indication of a hidden agenda. The spirit of Hope 93 died with MKO and those who betrayed him and his mandate. May Boko Haram, terrorists and insurgents, their sponsors and sympathizers not win the 2023 elections.

“That Nigeria is not a secular state but rather being ruled to satisfy certain religious tendencies.

READ ALSO Ramadan: Tinubu urges Muslims to Renew Faith, Trust in God
“That the APC has absolute control of the electoral system and thus electoral victory may not be determined through free, fair and credible elections.

“That certain political tendencies and interests do not trust others to accommodate them if they are entrusted with power whereas they have been in power and accommodated by others.

“That the APC presidential candidate has no mind of his own and he will be unable to defend the unity of Nigeria in crucial moments of decision making.

“That the APC is incompetent to manage a complex nation like Nigeria with diverse interests, different tongues and tribes and consisting of different faiths.”