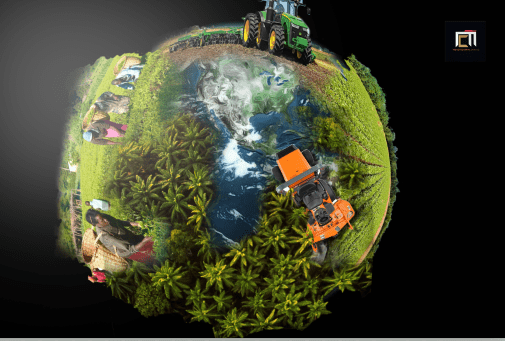 The Federal Ministry of Agriculture and Rural Development, Wednesday, refuted spending of N18.9 billion on bush clearing during COVID-19 pandemic lockdown as alleged by the House Representatives Committee on Public Account.

This was contained in a statement signed by the Director, Information, Federal Ministry of Agriculture and Rural Development, Dr Joel Oruche.

According to the Ministry, the alleged amount stated by the House Committee on Public Account was quoted out of context.

The Ministry also cleared that the alleged summon was not true as nothing of such has been served the Ministry by the House Committee on Public Accounts.

The statement reads in part, “The Attention of the Federal Ministry of Agriculture and Rural Development (FMARD) has been drawn to a publication in the media on the report by the House of Representatives Committee on Public Account which stated that the sum of N18.9B was used for Bush Clearing during the Covid- 19 Lockdown.

“The Ministry wishes to state that if the statement emanated from the House Public Account Committee, the Committee must have been quoted out of context.

“To put the record straight however, the Ministry at no time received any audit query to warrant summon by the Committee.

“It is also important to state that the Ministry did not spend N18.9B in bush clearing as reported.”

However, the statement pointed that bush clearing, land preparation done on 3,200 hectares in 8 states at N2.5 billion.

“The Ministry only carried out Bush Clearing and Land Preparation of 3,200 hectares in 8 states of Osun, Ekiti, Edo, Cross River, Kaduna, Kwara, Plateau and Ogun States as allocated by respective State Governments at a total cost of 2.5 Billion Naira,” it added.