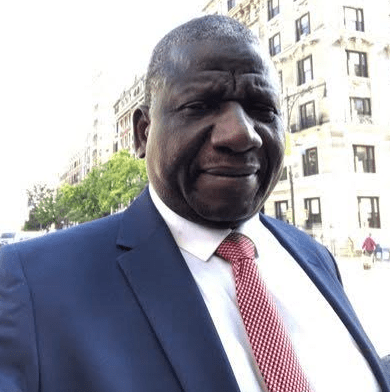 Editorhttps://moneycentral.com.ng
Ahead of Anambra State governorship election slated November, Chairman of Action Democratic Party (ADP), Yagbaji Sani, has asked the All Progressives Congress (APC), Peoples Democratic Party (PDP), and the All Progressive Grand Alliance (APGA), to forget about the exercise as his party would emerge victorious.
Sani disclosed this Saturday during a world press conference at the party’s secretariat in Abuja and monitored by our correspondent virtually, he noted that if elected ADP, would tackle the problems of unemployment, insecurity and poor state of education.
“Come November 2021, the people of Anambra State will be going to the polls to once again, exercise their franchise of electing their governor.
“The Action Democratic Party which already has a number of aspirants wanting to fly our flag, is very much in the race. We are going into the election very prepared as we are very confident of victory.
“This we say with confidence and without equivocation because, it is crystal clear that the long-suffering people of Anambra have decided to rid the state of the strangulating era of rudderless, vision-less and buccaneering leadership that has only enthroned a regime of pillage and heartless plunder of the state treasury, leaving in their trail a legacy of poverty, dilapidated infrastructure and humongous debts.
“The ADP, with the massive support of the youth, women and other critical segments of the citizens, is entering the race with a mission and a vision to implement a programme of action aimed at taking Anambra to its rightful position as one of the foremost states in the country in terms of industry, commerce, entrepreneurship, and education.
“Happily, Anambrarians have identified with us thereby identifying with the ADP as the credible alternative to bad governance. Gentlemen of the press, on this note, I wish to thank you for your attention. God bless our troops and our country, Nigeria,” he said.
On the state of insecurity, the former presidential candidate, called on President Buhari to declare a state of emergency on banditry and, to also, seek foreign help to address the problems once and for all.
“Very pertinently, the President should declare a nationwide state of emergency on insecurity whereby senior Army officers should relocate from their cosy offices in the barracks to the hot spots in the forests, remote areas/villages and the actual battle theatres.
“The Action Democratic Party identifies with the opinions of informed and well-meaning Nigerians which includes former and serving eminent political leaders that Nigeria should seek external military assistance in the bid to decisively deal with the twelve-year-old nightmarish catastrophe known as Boko Haram insurgency.
“It is our considered opinion that if the end will justify the means, let the nation put aside pride, bite the humble pie even if the external solution is coming by the name of mercenaries. All that can be done must be done to put an end to the gory of deaths, devastation of homesteads, rape and economic ruination on a monumental scale over all these years.
“The ADP had repeatedly pointed out that Mr President should, in the context of his party’s ‘avowed’ commitment to the war against corruption, beam the searchlight on the books of the military especially, with regards to budgetary allocations and the actual purchases of arms, the quality and integrity of the arms and ammunition in use by the troops, remunerations and welfare of its personnel in the battlefields among other inventories and accoutrements requisite in modern warfare.
“As admitted by the nation’s National Security Adviser, earlier referred to, stupendous portions of funds allocated for arms and ammunition may have been channeled elsewhere.
“The failure of the National Assembly to succinctly perform its constitutional oversight function with regards to funds appropriated to the Armed Forces has since become a source of worry to the citizens.
“The point brought out by the NSA in his interview on the BBC is perhaps also an indictment on the various relevant committees of the two chambers of the National Assembly.
“The ADP is therefore calling on the National Assembly to acquit itself of the perception of complacency and complicity by immediately investigating the allegations raised by General Monguno.
“To enhance the operational capacity of the Nigerian Armed Forces, especially, the Army, the ADP once again wishes to reiterate its recommendation for a massive recruitment and enlistment to boost the obviously, the undermanned and overstretched strategic institution that is critical to safeguarding the territorial integrity of our country.
“By the way, we like all others to ponder over the puzzle that, while the Nigerian Army alone has an estimated strength of 300,000 trained officers and men, the ragtag Boko Haram fighters and the bandits combined, are said to be less than 20,000. So, what is happening?,” he asked.
Share
Facebook
Twitter
Pinterest
WhatsApp
Previous articleOnuachu Sinks Benin as Super Eagles End Squirrels’ Eight-year Unbeaten Home Record
Next articleInsecurity and Multiple Voices from the North
- Advertisement -