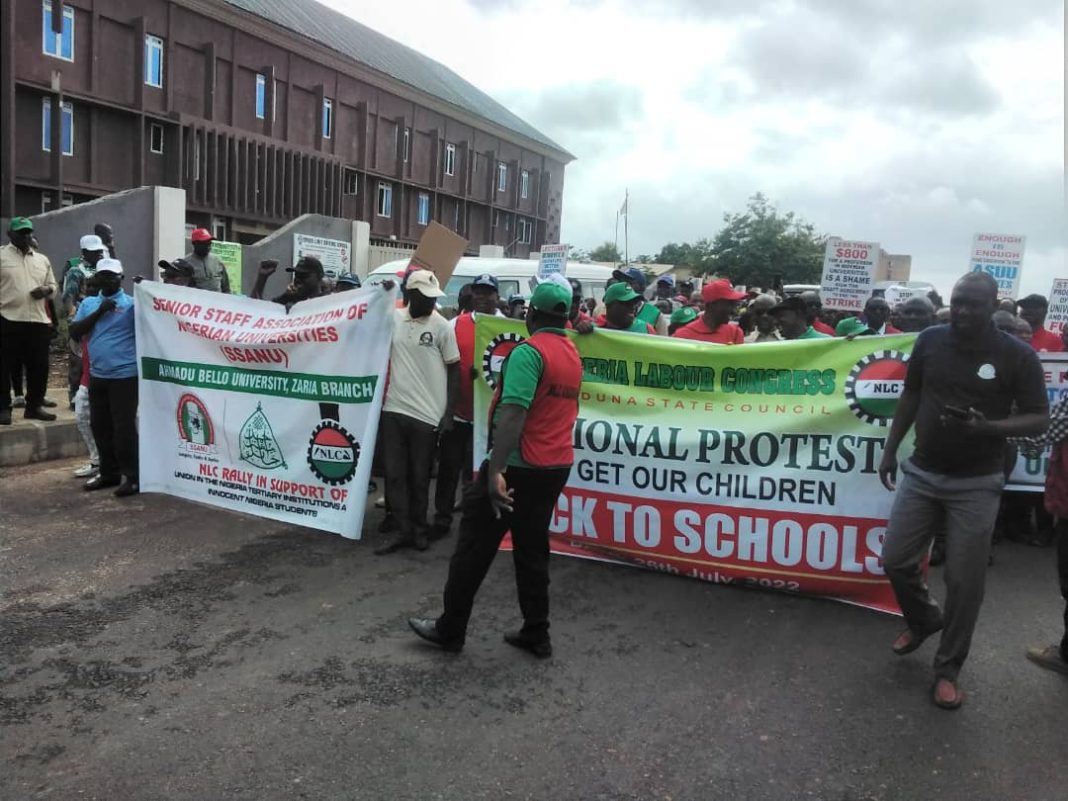 National Labour Congress (NLC), has urged the Federal Government of Nigeria to stop proliferation of public universities in the country, while requesting quick intervention of government on ASUU’s strike.

The Union during a protest in Kaduna on Wednesday explained that the dispute between the Federal Government and the Academic Staff Union of Universities (ASUU) has manifested into strike action for over five months.

Speaking during the protest, the Chairman of NLC Kaduna Chapter, Comrade Ayuba Sulaiman, said that the strike action has come at a huge cost the students, the university staff, parents, the government and the entire country.

According to him, the strike action was due to the non-observance by government on the agreements with the unions in the tertiary education subsector.

NLC Chairman explained further that the Labour Union is dismayed by what it described as government’s paralysis and reluctance to end the strike.

” On our part, we have taken various initiatives to end this strike including writing to the Ministers of Education and Labour and Employment and the Presidency. Although, this elicited some response from government, it was tokenistic and not sufficient,” Sulaimon added.

While speaking, the Kaduna labour leader also demanded that government should as a matter of urgency pay the withheld salaries of university staff, to honour agreements and establish a frame work for repositioning the universities for competitive service delivery.

Responding to the protesters, the Speaker of the Kaduna State House of Assembly, Hon. Yusuf Zailani who was represented by the Deputy Speaker, Isa’ac Auta, assured NLC of the lawmakers’ support to ensuring that the students return to their various institutions soon.