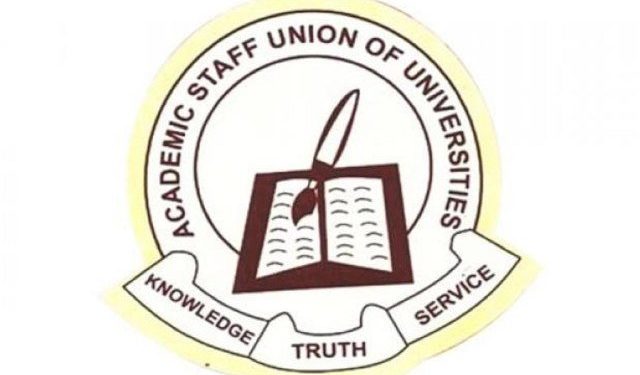 The Academic Staff Union of Universities (ASUU) has called on Nigerians to prevail on the Federal Government to prevent imminent strike by fulfilling its promises.

The ASUU Chairman, University of Ibadan chapter, Prof Ayo Akinwole, ,stated this in Ibadan in an interactive session with newsmen.

Akinwole, who was joined by other ASUU leadership of the institution, said that government was yet to implement the 2009 agreement which encompassed its members’ conditions of service, emoluments and allowances.

“What has been subsisting in the universities since 2009 still remains the same. So, we have agreed, we’ve concluded negotiations with the government’s team in attendance in May, but yet to sign it into Law.

“Rather than submitting it for presidential ascent, what the government wants to do now is to set up another tripartite committee to look again into what took us four years to arrive at.

“This is unacceptable to our union and we are telling the public that government is playing with time bomb in respect to higher education and universities in general,”Akinwole said.

He noted that the intervention of the National Inter Religious Council prevented the industrial action that could have been in December 2021 and promised to discuss with government and mediate.

Akinwole said that another issue in contention was the registration of UTAS, the software that ASUU developed for management of personnel, salaries and wages in the university system which government said would be evaluated by NITDA and deployed in six months.

“Government is asking us after a year of submission to resubmit the software for another re-evaluation. In spite of the fact that the average evaluation scored the software very high, the government is not willing to deploy UTAS.

“We are calling on Nigerians to prevail on them to do the needful in order not to throw the university system into another crisis which they may not be able to manage.

“Another issue is the revitalization of the university system. The government by his own team submitted that it will take N1.3 trillion to revitalise the Nigerian education system to meet up with the West African average way back 2013.

“Up till today, government had released just N270 million which leaves a surplus of over one point something trillions yet unreleased. Government promised that N220 million would be released before the end of last year.

Akinwole said there was no need for another crisis if government had fulfilled its promises, noting that, “the congress of ASUU UI calls on the Federal Government to fulfil the MoA signed in December 2020.” (NAN)