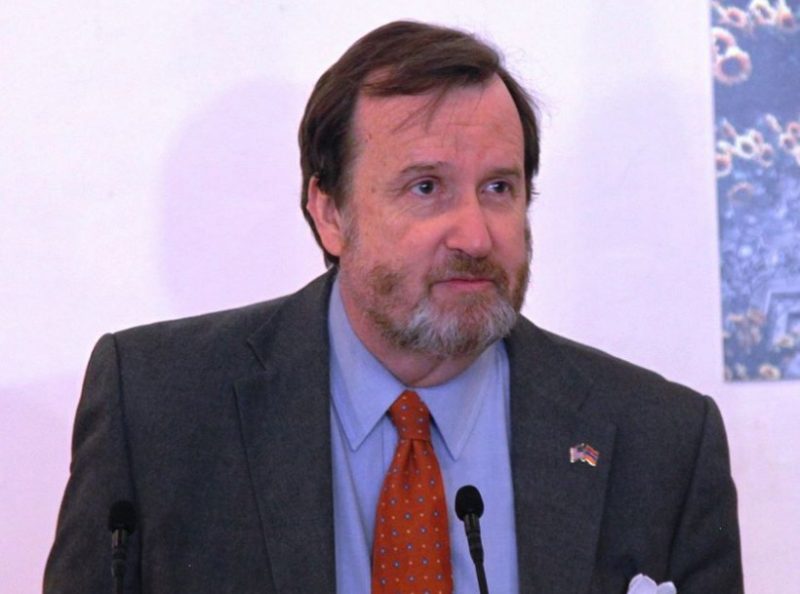 The United States President, Joe Biden has nominated Richard Mills Jr as the US ambassador to Nigeria.

Mills is to replace the outgoing US envoy to Nigeria, Mary Beth Leonard, who was appointed by former President Donald Trump on June 24, 2019.

The nomination of Mills was contained in a release by the White House website recently, presenting his service in prominent diplomacy capacities for US.

It reads: “Today, President Joe Biden announced his intent to nominate the following leaders to serve as key leaders in his administration:

Richard Mills, Jr., Nominee for Ambassador Extraordinary and Plenipotentiary to the Federal Republic of Nigeria.

“Richard Mills, Jr., a career member of the Senior Foreign Service with the rank of Minister-Counselor, currently serves as the U.S. Deputy Permanent Representative to the United Nations.

“Other assignments include Senior Democracy Advisor at U.S. Embassy Baghdad, Political Counselor at U.S. Embassy London, and Political Officer at the U.S. Mission to the United Nations. Prior to joining the Foreign Service, Mills was an Associate Attorney with the firm of Duncan, Allen and Mitchell in Washington, D.C.

“A native of Louisiana, Mills earned a B.A. in Foreign Service from Georgetown University, a J.D. from the University of Texas School of Law and a M.S. in National Security Policy from the National Defense University. He is the recipient of multiple State Department awards and speaks French and Russian.”