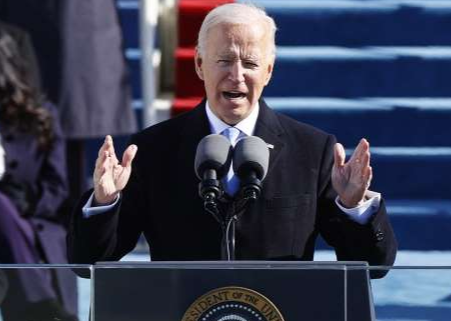 President Joe Biden vowed to protect Taiwan from any Chinese incursion during a CNN town hall on Thursday night.

“Are you saying the US would come to Taiwan’s defense if China were to attack?” CNN’s Anderson Cooper asked Biden to which the president responded, “Yes, we have a commitment to do that.”

Biden had been asked by an audience member about China’s recent testing of hypersonic missile and questioned him about whether or not the United States would stand up to China.

“Don’t worry about whether their going to be more powerful,” Biden said after reaffirming that the rest of the world “knows” that the United States has the most powerful military in the world.

Biden also dismissed the idea that he wants to start another cold war with China.

The Taiwan Relations Act to which the United States is currently party does not guarantee the U.S. will engage militarily if China attacks Taiwan, which it has claimed for decades is sovereign Chinese territory, but states that the United States “will make available to Taiwan such defense articles and defense services in such quantity as may be necessary to enable Taiwan to maintain self-sufficient defense capabilities.”

U.S. presidents have pursued a policy of “strategic ambiguity” so that China would not know exactly what the U.S. response would be to an attack.

Recent aggression toward Taiwan by the Chinese communist regime has suggested that Beijing is looking to test the resolve of the Biden administration, particularly in the wake of the U.S. withdrawal from Afghanistan, experts say.

Beijing has sent dozens of warplanes over the last month towards the territory’s air defense zone, part of a muscular approach to the region which has been escalating for months. President Xi Jinping has also renewed calls for it to be brought into China, calling for “peaceful reunification.”

Beijing views Taiwan as a breakaway province and claims that it is part of its own territory. The two countries split in 1949, and China has been increasing pressure on the self-ruled nation, while opposing its involvement in international organizations such as the United Nations. The U.S. does not formally recognize Taiwan, but maintains an unofficial relationship and is supportive of its democratic government.

Experts say that, while there are many reasons for China increasing its aggressive maneuvers recently toward the U.S. ally, including domestic power struggles, the chaotic U.S. withdrawal from Afghanistan is one of those contributing factors.

“They periodically ratchet up the pressure to pressure Taiwan, to pressure the United States and to probe weaknesses, to test our resolve,” James Anderson, President of the Institute of World Politics and a former senior defense official in the Trump administration, told Fox News. “And probably the proximate cause of the most recent escalation and probing has to do with our sloppy and unfortunate disaster with respect to the withdrawal from Afghanistan.”

The withdrawal at the end of August is seen as having damaged U.S. standing and commitment abroad, and Chinese state media used the chaotic departure as an opportunity to mock the U.S.

“U.S. just showed the world that it’s unable or unwilling to confront a small adversary in Afghanistan with very basic weapons,” the state-controlled Global Times tweeted.

“So in the future, when it urges its allies to challenge major powers like China and Russia, very few would follow.”