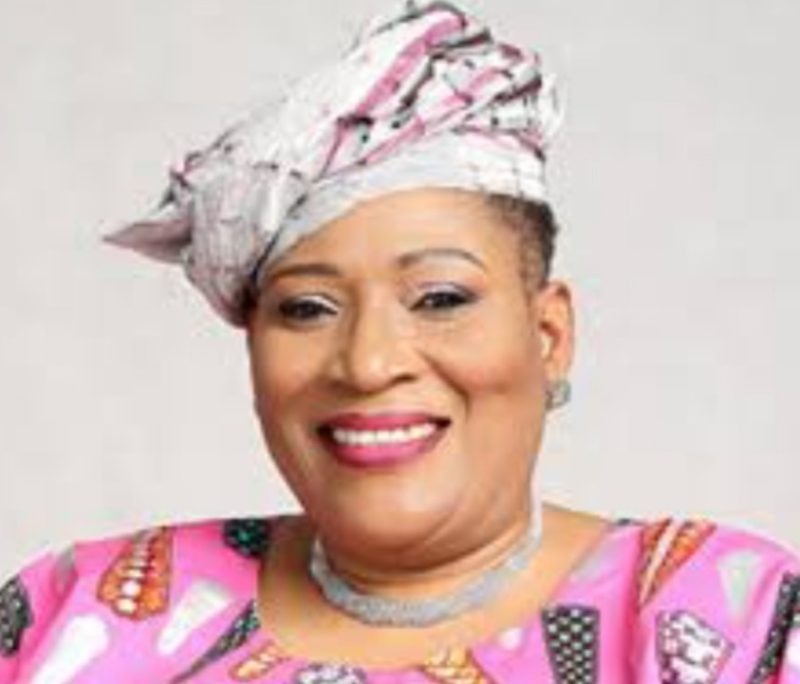 Moneycentral reliably gathered from a family source that the popular politician died on Sunday after a protracted battle with cancer.

Mrs. Kemi Nelson, a former Commissioner for Women Affairs and Poverty Alleviation in Lagos under the administration of Asiwaju Bola Ahmed Tinubu, was also a member of the influential Governor’s Advisory Council (GAC) in Lagos.

She was also the former Women Leader of Lagos State and South-West chapters of the All Progressives Congress (APC).

Mrs. Olukemi Nelson, born on February 9, 1956, was a popular Nigerian politician and socialite.

She was the Executive Director of the Nigerian Insurance Social Trust Fund (NSTIF).

For her tertiary education, she attended School of Nursing at the University College Hospital Ibadan where she qualified as a registered Nurse and Midwife.

She equally obtained an MBA in Financial Management and a Diploma in Law from the Lagos State University, Ojo.

She had a robust political career which started in the 1980s when she joined the now defunct National Republican Convention (NRC) during the regime of General Ibrahim Babangida.

Mrs. Kemi Nelson was the senatorial candidate for the Lagos West Senatorial district in 1992 and was defeated at the polls by Tinubu.

In 1998, during the regime of General Sani Abacha, she contested for the Ikeja Federal Constituency in the House of Representatives on the platform of the defunct UNCP and won.

But the death of General Abacha that year put paid to her ambition.

In 1999, she joined the Alliance for Democracy (AD) and from 1999 to 2003, she served as the Lagos State Commissioner for Women Affairs and Poverty Alleviation.

She was married to Chief Adeyemi Nelson, a retired director of the Federal Ministry of Internal Affairs in 1987 and they had three children.