BREAKING: Many Trapped as Three-storey Building Collapses in Lagos [VIDEO] 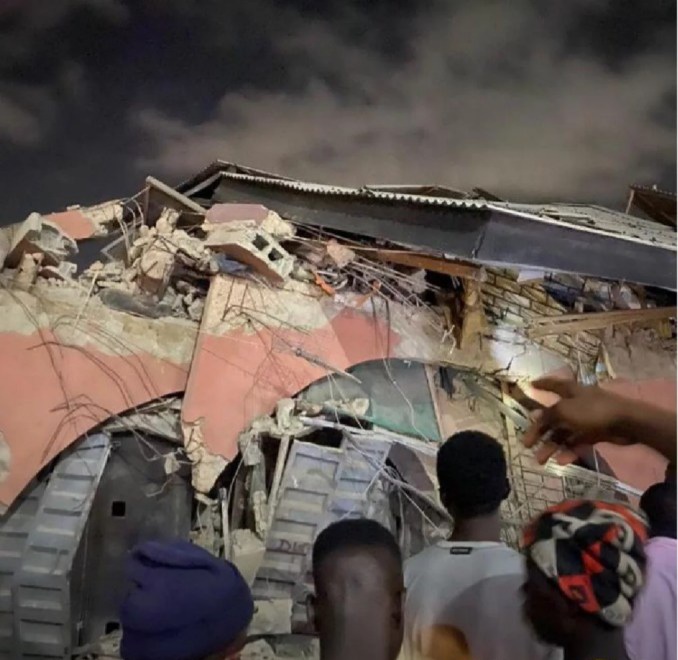 Many residents are trapped after a three-storey building collapsed on Ibadan Street, Ebute Metta, Lagos State.

The building collapsed in the late hours of Sunday.

Another video shows bodies lying motionless on the ground at the scene of the building collapse, with residents running around, screaming for their loved ones.

The Lagos State Fire and Rescue Service tweeted: “An alert of a collapsed of a three storey building by 32 Ibadan Street, Ebute Meta was received at 21:48 hours, Sunday with @LagosRescue already at the scene.

“Search and Rescue ongoing with updates to follow, please.”

JUST IN: A 3 storey building collapses in Ibadan street, off Herbert Macaulay Road Yaba, Lagos. Residents are trapped inside. pic.twitter.com/fqxIV4z5sN