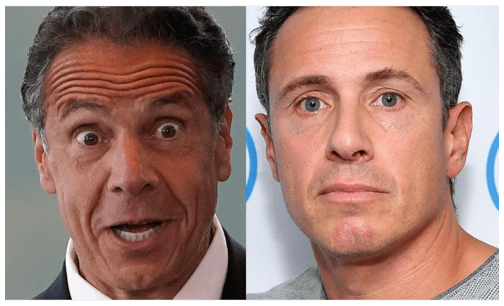 CNN issued a statement about the indefinite suspension through their media critic Brian Stelter.

“The documents, which we were not privy to before their public release, raise serious questions. When Chris admitted to us that he had offered advice to his brother’s staff, he broke our rules and we acknowledged that publicly,” the statement continued.

But we appreciated the unique position he was in and understood his need to put family first and job second,” they concluded. “However, these documents point to a greater level of involvement in his brother’s efforts than we previously knew. As a result, we have suspended Chris indefinitely, pending further evaluation.”

The state attorney general had released almost nine hours of testimony in their office’s investigation of numerous accusations of sexual assault and harassment against Andrew Cuomo, who was governor at the time.

Among the transcripts released was an acknowledgement from his younger brother, Chris Cuomo, that he had been asked to use his contacts as a CNN anchor to find out more about the allegations against the governor.

AG Letitia James has previously announced her campaign for the governorship of New York, prompting many of Cuomo’s supporters to accuse her of being politically motivated to damage the former governor.