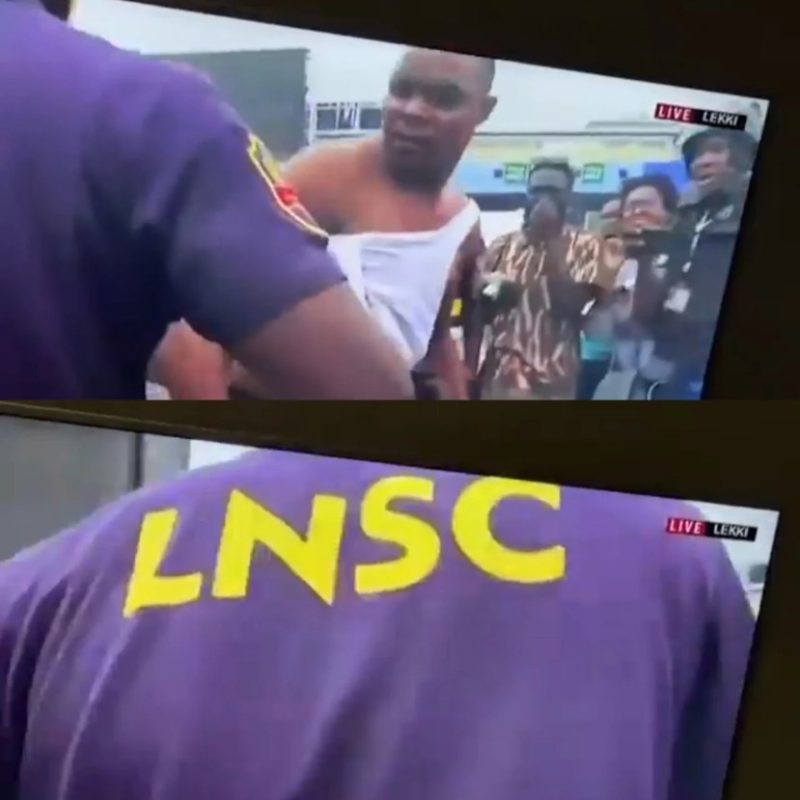 Adedotun Clement, a driver of a cab hailing service, who was assaulted during the #EndSARSMemorial demonstration has demanded N500 million as compensation.

On Wednesday, Clement was manhandled by officers of the Lagos State Neighbourhood Safety Agency (LNSA) and police officers during the #EndSARSMemorial rally at Lekki tollgate.

On Friday, LNSA announced that it had suspended the officers who were involved in the assault of the driver, and apologized to the victim.

In a letter dated October 22, 2021 and addressed to Moyosore Onigbanjo, attorney-general of Lagos, Clement said his rights as guaranteed by sections 34 and 35 of the constitution were “grossly violated”.

Speaking through Inibehe Effiong, his lawyer, the driver said the sum of N500 million would serve as compensation for gross violation of his fundamental rights and deprivation of his source of livelihood.

He also requested a public apology for the violation of his fundamental human rights, adding that legal proceedings would commence if the demands are not met.

“Our client was physically terrified by the assault on his person endured the torture with equanimity, while his attackers persisted in their illegal effort to force our client into the van of the Lagos State Taskforce (Black Maria),” the letter reads.

“The attack on our client is condemnable and unacceptable and should not be tolerated in a civilised society. Since Lagos state is governed by laws, we invite you to take decisive actions to remedy the gross violation of the fundamental rights of our client to dignity of the human person and personal liberty as guaranteed by sections 34 and 35 of the Constitution of the Federal Republic of Nigeria, 1999 (as amended), respectively.

“The gruesome manhandling and vicious attack on our client are offences under the Criminal Law of Lagos State, the Anti-Torture Act and other applicable penal legislations.

“It also worthy of note that our client was deprived of his means of livelihood after his vehicle (Green Toyota Corolla, 2006 model, with plate number AGL796GW) was towed away and detained from 20th to 22nd October, 2021 before it was released to him by agents of the Lagos State Government.

“It is also imperative to bring to your attention that our client’s vehicle has been badly damaged by the agents of the Lagos State Government.

“Sequel to the foregoing, we hereby respectfully demand as follows: Payment of the sum of N500,000,000.00 (Five Hundred Million Naira) to our client as compensation for the gross violation of his fundamental rights, deprivation of our client’s source of livelihood and the destruction of his vehicle by agents of the Lagos state government.

“Disciplinary measures should be taken against officers of the LNSC who attacked our client. The culprits should also be prosecuted in court. Written apology to our client addressed to us for the violation of his rights.

“Please take notice that we have the firm instruction of our client to commence legal proceedings and pursue all available legal options to enforce his rights if our demands are not met. We will be expecting your kind reply to reach our Lagos office within 48 hours of receiving this letter.”