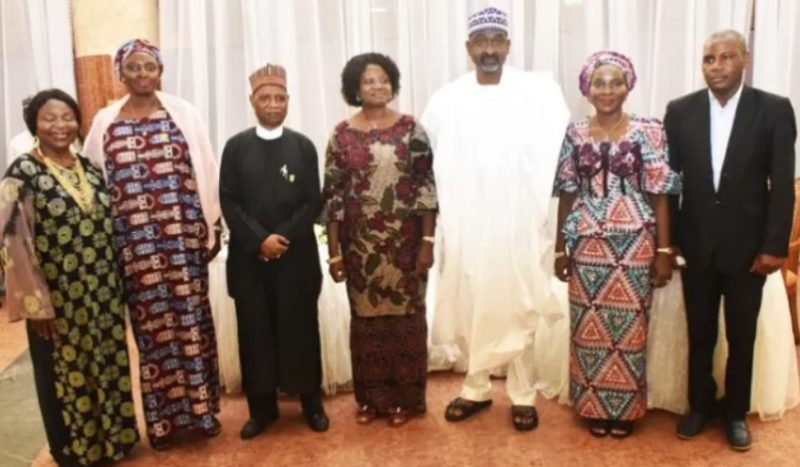 The Chairman, Federal Civil Service Commission (FCSC), Dr Tukur Bello Ingawa, has commended the management of State House for reviving the culture of rewards and recognition for deserving civil servants, who have distinguished themselves in public service.

Ingawa made the commendation at the weekend at the send-off ceremony organised in honour of Dr Mary Ogbe, former staff of State House Clinic and current Permanent Secretary, FCSC, Dr Augustine Ogah-Omale, a retired Chief Medical Officer in the Clinic, and Matron Igwemoh Arit Cosmos-Omokhogie, retired Head of Nursing.

Expressing concern that the culture of recognising well deserving staff had taken a back seat, the Chairman urged Ministries, Departments and Agencies (MDAs) of the government to emulate State House in resuscitating the practice of appreciating best skills and abilities in the Service.

“It is an old tradition in the public and civil service that people that have moved to other endeavours need to be recognised and encouraged.

“They need to be reminded to continue with the good work they have done in their new places of assignment,” he said.

Ingawa further described the current FCSC Permanent Secretary as “a very reliable officer and team player”, adding that since her posting to the commission, she has proven her worth as a highly dedicated officer.

“She is a worthy ambassador from the State House and we appreciate the impact she is making in her new place of assignment,” he said.

The FCSC Chairman equally commended the Solicitor-General of the Federation for conscientiously working with her colleague in the commission to resolve a pressing legal issue in the Service.

Umar congratulated Ogbe on her appointment as Federal Permanent Secretary, noting that as a medical officer in the State House, she was highly professional and distinguished.

He also commended Ogah-Omale and Matron Igwemoh for serving with great commitment, retiring meritoriously from the civil service.

The other Permanent Secretaries further showered encomiums on their colleague in the FCSC and later presented gifts on behalf of State House to the civil servants honoured at the event.

Responding, Ogbe thanked the staff and management of State House for the honour accorded to her and other colleagues.

“We are in the service to serve and the expectation is that we serve.