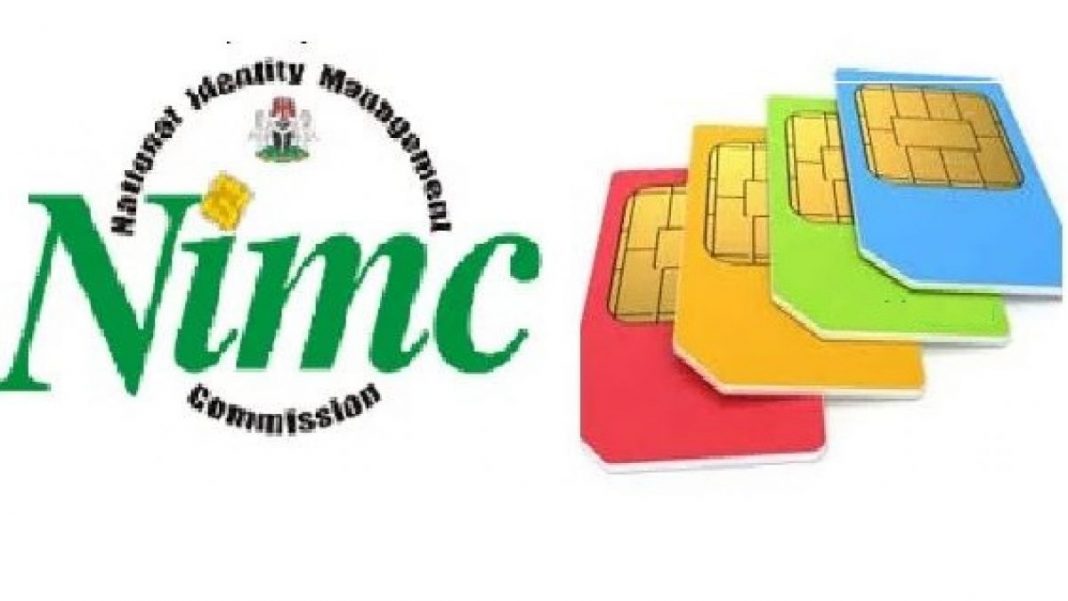 The Federal Government yesterday said there is no plan to lift the ban on new Subscriber Identification Module, SIM, registrations any time soon for security reasons.

This is as the government announced a deadline extension for linking SIMs with valid National Identity Numbers by one month.

The deadline was extended from April 6, 2021, to May 6, 2021, after participants at the meeting of the Ministerial Task Force on NIN-SIM data linkage agreed to have an extension of the process.

The statement read in part, “The meeting took place on Thursday, April 1, 2021, and approval was given to extend the period of the NIN-SIM linkage to the 6th of May, 2021.

“The request for the extension was presented to President Muhammadu Buhari and he endorsed it.”

Already the federal government said as at March 31, 2021, only 51 million Nigerians had been authenticated for NIN.

Minister of Communications and Digital Economy, Dr Isa Pantami, who disclosed this at the sixth edition of the ministerial briefing organized by the Presidential Media Team, at the Presidential Villa, Abuja, said government had planned to ensure that in the next two years, the country will have a database.

Others include the managing directors of MTN, Airtel, EMTS (9Mobile), NTEL, Spectranet and SMILE, as well as the chief operating officer of Glo.

Pantami added that when it came to addressing the issue of security, the economy takes back stage.

He also said it is an offence to pay taxes, have voters’ card or even pay pension without the NIN, even as he said that the SIM registration carried out in the past compromised the system.

The minister said: “President Muhammadu Buhari gives priority to security because it is our number one primary responsibility as a government.

“The ban on SIM may affect our economy in some ways but when addressing the issue of security, the issue of economy is second because you have to protect your citizens before you talk of economy.

“The decision was taken in order to ensure that we contribute our quota in making our country safe and secure for all. We know it’s painful but it’s necessary.

“In September 2019, we did audit exercises and we allowed a process of auditing and the process of new SIM to go concurrently. We discovered that some of the agents doing the registration compromised the system badly to the extent that while we were doing audit exercise in 2019, they allowed people to come.

“One person will be invited, he would be given a little amount of money, they will use his biometric to register a hundred cards online and get a passport to attach to it and they will complete the bio-data and the SIM will be activated.

“But as you know, criminals, whether bandits or terrorists, always exploit this SIM and we don’t want to allow our platform for perpetration of criminality in our country.

“This is one of the most difficult decision taken as a Minister. It is a very painful decision but we had to take it.’’

Pantami also put the number of SIM card subscribers linked to NIN at over 150 million, adding, however, that enrollment of NIN was 51 million as at March 31, 2021.

“So what we are doing now is matching all the SIMs with NIN; this has become necessary for security purposes,” he said.

He explained that while 150 million completed registration, the remainder had problems of improper registration.

The minister warned that those yet to obtain their NIN, risked seven or 14 years imprisonment as stipulated by the constitution.

Dr. Pantami further stated that while obtaining a SIM card might be optional, NIN is mandatory, citing Section 27 of the NIMC Act of 2007.

He said it is a criminal offense in Nigeria to carry out business activities without first acquiring the NIN number.

“So, it is an offense to transact any business activity without first having your NIN.”

He said the number of enrollment centres had doubled; while number of computers had been tripled, adding that NIN will determine the number of Nigerians that had registered because of the unique number.

Pantami further noted that the cost of data provided by telecommunications companies had been halved since last year from about N1,200 per gigabyte to leas than N500 at present.

He, however, blamed some state governors for the high cost of data production by inflating the charges telecommunication firms pay state governments for right of way in installing their cables.

“Some states charge as high as N60,000 per linear metre, whereas it should not ordinarily be more than N145,” he said.

The minister said he had engaged the governors through the Nigeria Governors Forum and pleaded with Vice-President Yemi Osinbajo to intervene in the matter; stressing that if the anomaly is corrected fully, GSM and telecom firms will charge cheaper for data.

Speaking on the performance of the ministry in 2020, the minister said but for the ICT sector, Nigeria would not have been able to exit recession caused by COVID-19 pandemic.

He enthused that within the period under review, the ICT sector grew more than 0.9% of the economy, maintaining that the growth in the ICT was key to the successes recorded in the economy.

On the possible extension of the NIN enrollment deadline, he said the ministry had scheduled a stakeholders meeting for later yesterday to decide whether the deadline will be extended or not.

“Mr. President works from anywhere; we will make suggestions to him and convey our position and when Mr. President is satisfied with the position, we will go ahead and make it public.’’

Insider sources at the National Identity Management Commission NIMC, disclosed that government had no immediate plans to disband the over 1,060 centres designated to register subscribers, despite the deadline, given the large number of Nigerians yet to acquire the NIN as at April 1, 2021.

On criticism of the NIN, he said: “As government officials, we are not just worried of any criticism except if it is valid.”