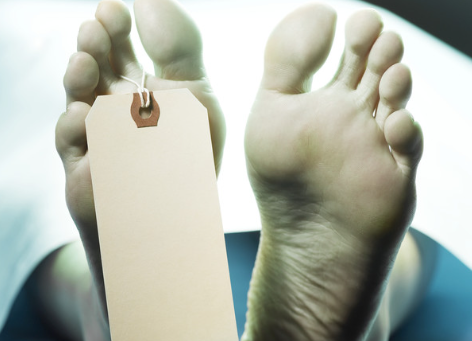 Sunset Mesa Funeral Home operator Megan Hess has confessed to stealing hundreds of bodies and body parts and reselling them to individuals and companies that purchased them for scientific, medical and educational purposes, according to a plea agreement filed on Tuesday.

Hess was initially indicted along with her mother, Shirley Koch, with whom she ran the funeral home in the Colorado town of Montrose, on six charges of mail fraud and three counts of transporting hazardous materials in March 2020.

She pled guilty to lesser charges – one count of mail fraud and one of aiding and abetting – just weeks before her trial was set to begin.

The plea agreement describes Hess concocting a scheme to steal and sell body parts as far back as 2010 and conducting the lucrative operation through 2018.

After opening the funeral home with Koch in 2009, the pair launched a nonprofit “donor services” company out of the same address and sold the body parts of the deceased while providing fake ashes to grieving relatives, charging families $1,000 or more for the bogus cremains.

The two women were also accused of shipping to their mail-order customers bodies that had tested positive for – or belonged to individuals who had died from – an array of infectious diseases, including hepatitis B and C and HIV, all while certifying the corpses as disease-free.

Because they were essentially getting paid twice for each body, the mother-daughter duo could afford to charge lower prices than competitors, thus ensuring a constant supply of new flesh, according to authorities.

One year, they allegedly made so much money just from the gold teeth extracted from bodies that they were able to take the whole family to Disneyland.

Hess faces a maximum sentence of 20 years in prison, although prosecutors are seeking a sentence of 12 to 15 years. Koch is still set to stand trial and faces up to 135 years in federal prison if convicted on all charges.

Colorado funeral homes are the least regulated in the US, according to Colorado representative Matt Soper, but this case has motivated local authorities to seek changes in state laws.

One new regulation prohibits funeral home operators from running body broker businesses, another increases regulatory oversight of funeral homes in the state, and a third steps up legal penalties for abusing a corpse.