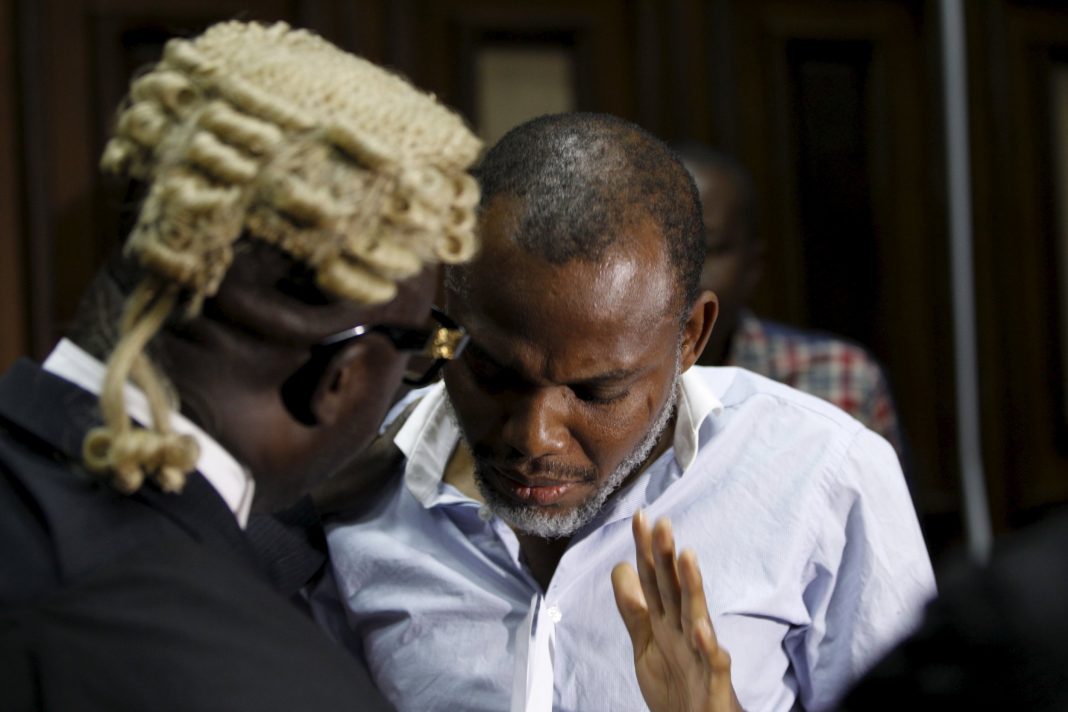 A Federal High Court in Abia State has adjourned a suit filed on behalf of the leader of Indigenous People of Biafra, Nnamdi Kanu against the Federal Government on matters relating to infringement of human rights.

A member of Kanu’s legal counsel, Aloy Ejimakor disclosed this in an interview with Newsmen on Tuesday.

Moneycentral had reported that Kanu through his lawyers had filed a lawsuit against the Nigerian government and the Attorney-General of the Federation, AGF Abubakar Malami, SAN.

The suit is regarding matters relating to the IPOB leader’s extradition, alleged maltreatment by security operatives and his release.

The court had assigned the suit for hearing on November 2, 2021.

However, Ejimakor told newsmen that the suit had been adjourned to a later date.

He said, “Mazi Nnamdi Kanu’s human rights suit which was slated for November 2, 2021, has been adjourned to November 19, 2021, by the Federal High Court in Abia.

“We are saddened by this development which primarily seeks the unconditional release of Kanu from his illegal detentions.”

Moneycentral reports that the IPOB leader is currently in the facilities of the Department of State Services while awaiting trial by the Nigerian government.

IPOB had called for a one-week sit-at-home in solidarity and for his unconditional release.