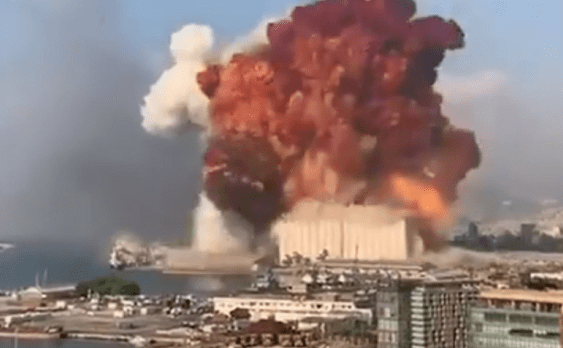 Hundreds of people have been wounded in a powerful explosion that ripped through Lebanon’s capital, Beirut, according to the country’s health minister.

The massive explosion on Tuesday at Beirut’s port caused widespread damage to buildings, shattering windows in different parts of the city. It sent shockwaves across the capital.

The cause of the explosion was not immediately clear.

Helicopters circling the port area were trying to extinguish a large fire. The captain of an Italian ship, the Orient Queen, that was docked near the explosion site, told Al Jazeera several people on board were wounded and taken to hospital.

He was covered in blood after the explosion threw him across a room of his ship.