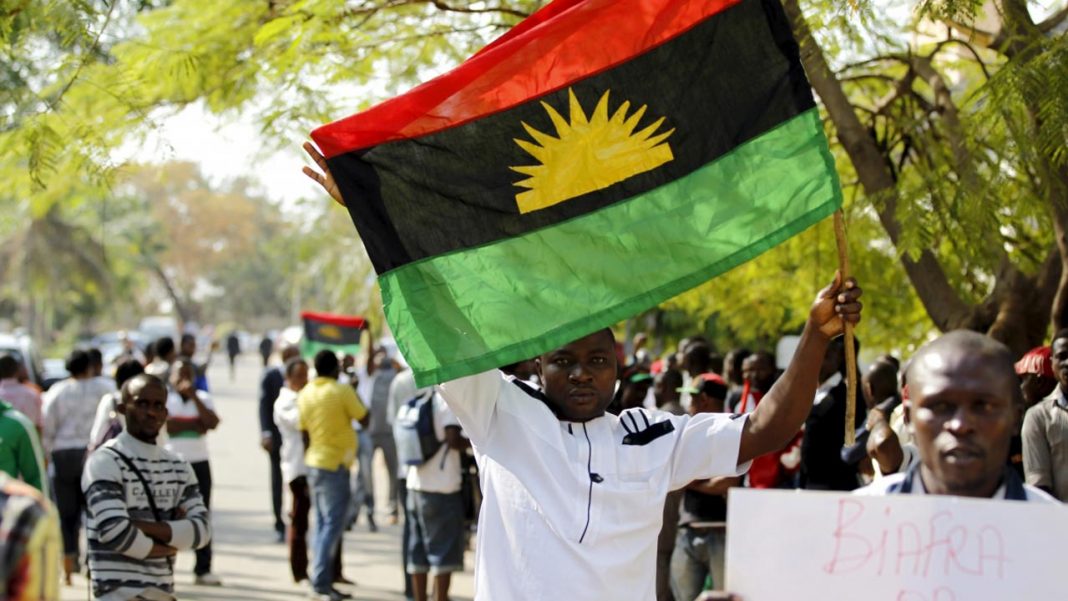 The Indigenous People of Biafra (IPOB) has no connection with the recent attack on Governor Hope Uzodinma’s country home, said its spokesman, Emmanuel Powerful.

Powerful, made this known during an interview on Channels Television’s Sunday Politics.

He also announced that IPOB had picked a replacement for their slain commander, however, Powerful refused to mention the name of the newly-appointed commander when asked.

The spokesman described those linking the incident to the secessionist group as liars, stressing that neither IPOB nor the Eastern Security Network (ESN) was responsible for the incident.

“They are liars, and they are not saying the truth,” Powerful said.

He added, “They don’t want to tell the citizens that Nigeria is almost collapsing, and IPOB has decided that nothing will stop them to back out on this course for Biafra restoration.

“We are planning to get Biafra, but God knows the time. Anybody can say whatever he or she likes, it does not concern us.”

Recall that assailants, numbering about 15 driving in a motorcade of three vehicles accompanied by a tipper loaded with used tyres, stormed Governor Uzodinma’s residence on Saturday in an attempt to burn down the house.

They were, however, repelled by the security operatives attached to the governor’s house, but some vehicles parked on the premises were burnt.

The attack was condemned by various individuals and groups, including members of the Nigeria Governors’ Forum (NGF).

According to the governors, the attack is seen as taking criminality to reckless and irresponsible heights and those responsible must be mindful that they do not have the monopoly of violence.

But the IPOB spokesman insisted that they had no hand in the attack, although they had an issue with the governor.

On possible reasons why Ikonso was killed, the IPOB spokesperson alleged that Governor Uzodinma ordered the killing of their late commander, who died in a raid by security operatives on Saturday.

“Yesterday (Saturday), our commander went to his village. They ambushed him with some politicians … they ordered the military to kill him. Imo State administrator knows very that he has committed a crime and we must follow him up.

“He ordered for the killing of this guy (the late commander) because he refused his offer to come and head the Ebubeagu which the South-East governors established.

“He (the governor) sent some people to meet him (the late commander), but the guy refused that he cannot betray Biafra’s agitation and our leader – Mazi Nnamdi Kanu. Since then, they have been threatening him.