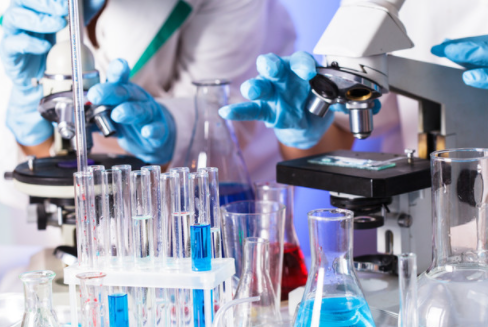 Judicial Watch announced today it received 345 pages of records from the Defense Threat Reduction Agency (DTRA), a component of the U.S. Department of Defense, revealing that the United States funded anthrax laboratory activities in a Ukrainian biolab in 2018.

Dozens of pages are completely redacted, and many others are heavily redacted. The records show over $11 million in funding for the Ukraine biolabs program in 2019.

The records were obtained in response to a February 28, 2022, Judicial Watch Freedom of Information Act (FOIA) request to the Defense Threat Reduction Agency for records regarding the funding of Black & Veatch involving work of any manner with biosafety laboratories in the country of Ukraine.

Three phases of work are discussed in the records, several of which are indicated to have occurred “on site” at the Ukrainian labs.

The Defense Threat Reduction Agency provided a report titled “PACS [Pathogen Asset Control System] at the [redacted (b)(3), which exempts information from disclosure when a foreign government or international organization requests the withholding, or the national security official concerned has specified in regulations that the information’s release would have an adverse effect on the U.S. government’s ability to obtain similar information in the future] Phase 2 On-the-Job Training Report, December 11-13/December 26, 2018,”

The report provides a list of titles of “OJT [on-the-job training] Participants” with all participants names from Black & Veatch redacted, citing exemptions (b)(6) for personal privacy and (b)(3).

Included in the records is an Order for Supplies or Services dated August 1, 2019, is issued by the Defense Threat Reduction Agency to Black and Veatch Special Projects Corp.

The total amount of the contract award is $11,289,142.00. The order contains approximately 35 contract line items set forth in a statement of work (SOW), dated March 5, 2019, titled: “Electronic Integrated Disease Surveillance (EIDSS) and Pathogen Asset Control (PACS) Implementation” The statement of work, consisting of 24 pages, was not provided, nor was there an explanation for the withholding.