Monkeypox Might be a New Kind of STD, Israeli Doctors Say 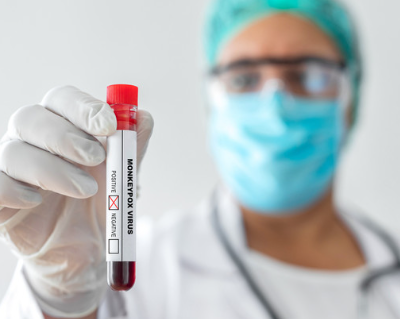 The spread of monkeypox across the globe could mark the beginning of a new sexually transmitted disease, though some medical experts say it is too soon to officially designate the virus as such.

The World Health Organization (WHO) on Saturday declared the outbreak a global health emergency and noted that there are now more than 16,000 confirmed cases in 75 countries, as well as five deaths linked to the virus.

It noted that the majority of cases were concentrated among men who have sex with men, especially those with multiple sexual partners.

The WHO’s designation means that the world health body views the outbreak as a threat requiring a coordinated international response to prevent the virus from taking root.

Historically, monkeypox spread in small numbers in remote parts of West Africa and Central Africa, where animals carry the virus. The current outbreak is viewed by health officials as unusual because of its spread in countries where the virus is not typically found.

Europe is currently the global epicenter of the outbreak, having reported over 80% of confirmed cases worldwide. In the US, roughly 2,500 infections have been confirmed in 44 states.

Dr. Roy Zucker, director of the Tel Aviv Sourasky Medical Center – Ichilov Hospital’s LGBTQ health services and a doctor at Clalit Health Services, said that whether or not monkeypox could be designated as an STD is a “great question.”

“We know from past data that the virus can be spread by being in the presence of someone who is infected for a long time – say for three hours at a distance of two meters or so, or by simply coming into physical contact with them,” Zucker told The Media Line.

“But what we’re seeing across the world and in Israel is that most of the patients were infected via sexual activity. The WHO also said the same, that it appears as though this disease is transmitted sexually and so we can begin to refer to it as another STD.”

Nevertheless, Zucker added that it is not entirely certain that monkeypox will be classified as a new STD because, although less common, it also can be transmitted via skin-to-skin contact in non-sexual situations.

Monkeypox is a viral disease whose symptoms generally include fever, a blistering rash and swollen lymph nodes. The most infectious phase of the illness is considered to be when the rash develops.

Zucker recommended that those who believe they may have come into contact with someone who is infected, especially during sexual activity, get checked immediately. He said that people should be on the lookout for any skin lesions.

“For those engaging in sexual intercourse, it’s best to do so in places where visibility is good rather than in dark places,” he said. “We also know that the use of a condom lowers the risk of infection, especially of rectal infections which are very painful. People need to be aware of this [virus] and go and get checked if they have any kind of skin lesion.”

In some patients, monkeypox symptoms can be very easy to miss and show up as just a single blister. Because of this, Zucker said that health officials believe that the virus has been severely underdiagnosed and that the true case numbers are much higher than official counts.

“This is the largest known outbreak of the virus in the Western world since we first learned about it in the beginning of the 1970s,” he said.

“Right now, the cases are mainly found among men that have sex with other men, but it’s a disease that can easily be passed on to other populations. Designating it as a global health emergency allows countries to increase the resources and awareness dedicated to fighting the spread.”