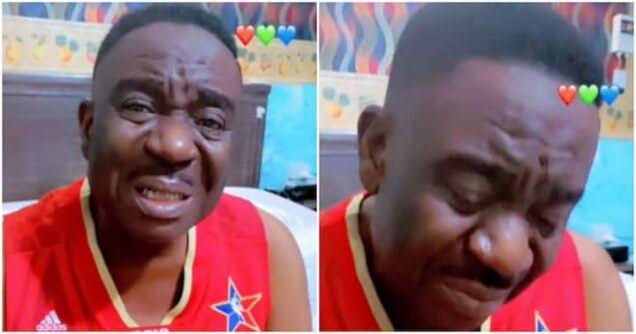 Nollywood actor and comedian, John Okafar, popularly known as Mr. Ibu is seriously sick, but he has refused to take his drugs.

A video on his TikTok page showed the comedian in tears, refusing to take drugs administered to him by his daughter.

Mr. Ibu, rather, told his daughter to take the pills on his behalf as he had a phobia of drugs.

The actor looks sickly. His daughter, whose name was not given, wrote: “Y’all, he is not a drug person. Say a prayer for him to get better. Send him love, dad needs it.”

The 60-year-old actor is considered to be one of Nigeria’s most talented and highly paid comic characters. His humorous acting is often characterized by stupidity, hilarious imbecility and a sharp disconnection from reality.