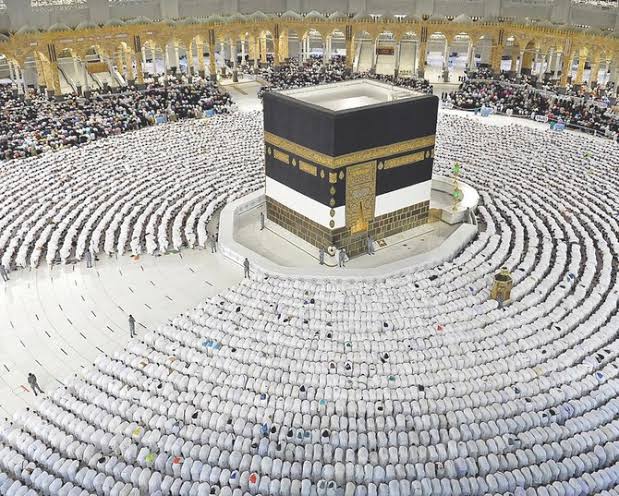 The 2022 Hajj exercise has come and gone, and no doubt, that the outcome of the exercise has also come with mixed reactions on the gains and pains of the exercise; being the first after the covid-19 pandemic that temporarily put a stop to the holy exercise in the last two years.

The unwanted interruption of the exercise has also been atributed to some unforseen challenges recorded in the 2022 hajj operations that are not only limited to Nigeria in the league of the participating countries to the holy land.

On the pains of the 2022 hajj exercise, another factor that was itemised to be responsible for the hajj execise was the number of Hajj applicants which was overwhelming with the quota decimated. It was however noted that over 50 , 000 pilgrims deposited their money since 2019 awaiting the suspension to be lifted by the Saudi Authority.

Meanwhile, only 43,000 seats were allocated to Nigeria which was less than the number of intending pilgrims on waiting list of the NAHCON. So, the shortfalls of the allocation slot was another big challenge to the Commission which many Nigerians find so difficult to understand. The overwhelming number of applicants was never like before due to the pilling up of the intending pilgrims.

For transparency, the Commission applied first come first serve method of selecting those to travel by ensuring all those who deposited their money since 2019 through the Hajj Serving Scheme (HSS) we’re considered first before any other person.

More so, the aftermath of the said pandemic was also a factor responsible for the cash crunch which hindered the customary method of disbursement where the Commission had to pay for the essential services in advance to minimize rush hour higher costs couple with the fact that the Nigerian currency; Naira has been fluntuating against the foreign currency; the dollar, prior to the hajj exercise and in the recent time.
Realising the different challenges been faced by various participating countries, the Saudi Arabia’s General Authority of Civil Aviation (GACA) extended the opening of its airspace to other countries after acceding to Nigeria’s request. Prior to the exercise, as NAHCON addressed various challenges in order to providing good services to the applicants, other countries were also battling with their own portion of hiccups as well.

In his efforts to ensuring that Nigerians receive the optimal service with no additional cost, the NAHCON’s Chairman, Alhaji Zikrullah Kunle Hassan, appealed to the solidarity of service providers to shelve any increase in the cost of services in consideration of the country’s Hujjaj whose two-year redundant Hajj funds had been affected by devaluation. He begged accommodation providers to accept an amount lower than 2019 fees in support of Nigerian pilgrims.

Another notable challenge was the failure of the carriers to stick to the agreement clause, which were said to be responsible for the provision of two big-capacity aircraft to the airlift. Despite the fact that their entitlements were paid in line with signed agreement. But at the end only one of the companies ( Carriers ) fulfilled its agreement at the end of the regular operations period. And this greatly affected the operations of the 2022 hajj.

The swift response of NAHCON to all challenges prior to the 2022 hajj exercise is in no doubt a plus to the Commission compare to the experience of other participating countries. Despite the outcry of many Nigerians, the Commission never loss focus in doing what is the best for Nigeria and Nigerians as a responsible Commission. In the area of accommodation, the Commission begged accommodation providers to accept an amount lower than 2019 fees in support of Nigerian pilgrims without compromising the standards.

Nigeria’s last flight for 2022 Hajj, an Azman Air with 319 pilgrims from Kaduna and Kano and officials from the various states and NAHCON departed King Abdul Aziz International Airport Jeddah, on the 7th August, 2022 at about 12: 00 pm. The last flight came six days ahead of deadline of Hajj airlift as set by the Saudi authorities, and three days ahead of NAHCON’s planned deadline being 10th of August, 2022. For over three weeks of the operation, only two flights cancellation were recorded with maximum delay of six hours. These signified that Nigerian pilgrims were not in anyway stranded.

However, speaking on the gains of the 2022 hajj exercise, the NAHCON Chairman in a ceremony to mark the end of the operation, attributed the success of the return trip to Almighty. He thanked the federal government under the leadership of President Muhammadu Buhari for his tireless support to Hajj organization.

The Chairman acknowledged that there were challenges during the outbound trip from Nigeria to Saudi Arabia, resulting from time constraint as well as other unforeseen hiccups such as the IBAN issue that affected some Tour Operators. He said, nonetheless, this has spurred the Commission into taking lessons, stressing that the Commission would commence early planning and would embark on prequalification of airlines sooner than later to allow the carriers to cross any unforeseen hurdles in good time and ahead of the 2023 hajj exercise.

The NAHCON Chairman also stressed that the Commission would ensure that any contractual agreement signed is fulfilled as agreed.

On the way forward, the Commission has assured of timely communication of the 2023 Hajj guidelines, review of the feeding arrangement in Masha’ir. Also, for the hitch-free 2023 hajj exercise, the Commission has equally requested for quick resolution of the IBAN blockade that deterred some Tour Operators’ pilgrims from participating in this year’s Hajj amongst other services to improving on the 2022 hajj exercise.